Cam Reddish Dallas Mavericks NBA trade deal might not have been officially confirmed, but if stats and sources are to be believed, it is imminent at this point.

Cameron Elijah Reddish is an American basketball player, playing as a shooting guard or small forward, currently a player for the New York Knicks. In 2018, he appeared in three meetings of American high school stars – Jordan Classic, Nike Hoop Summit, and McDonald’s All-American.

Cam Reddish, who did not play with Miami and is recovering from a minor ankle injury, went to the New York Knicks, along with the contract of the injured Solomon Hill at the end of this season and the selection of the Brooklyn Nets in the second round of the 2025 Draft.

In return, the Hawks received a reserved first-round pick in the 2022 draft – which the Knicks acquired in the 2021 Draft from the Charlotte Hornets – and Kevin Knox.

Read more:  Edward Norton Finds Out That Pocahontas Is His 12th Geat-Grandmother

The Hawks, who have already been trying to find a new club for Reddish this summer, are likely to use this Hornets pick along with one of their own (they have them all in the first round) to strengthen themselves. It seems that this is just a prelude to the moves to help the Hawks improve the embarrassing – especially on Wednesday against Miami (I see and write about it in the second entry in the last hour) – defense, #28 throughout the season.

Cam Reddish has yet to become another Paul George. The 22-year-old wingman still tends to dribble nowhere and lose the ball but has improved his shot since the playoffs (64%) and has made 38% of three-pointers this season, scoring 11.4 points. However, he started 27 of his 34 matches from the bench.

Most likely, Cam Reddish will join Dallas Mavericks in the trade between the Dallas team and Knicks. Most likely, the player that will be included in the trade will be Reggie Bullock Mavs player. 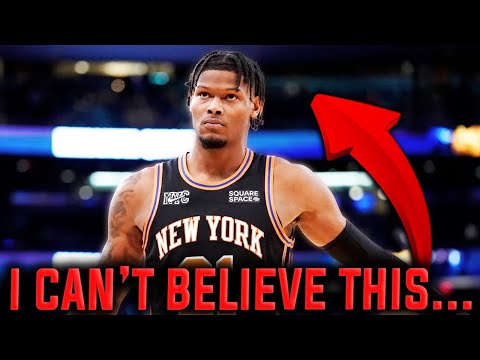