SmackDown on Fox is perhaps the biggest thing that has happened to WWE in a really long time. With their second flagship show moving to the Fox Network, the company has been putting all efforts to ensure that it is a success right from the debut episode. Huge surprises have been planned for the entire show – which includes returning superstar, appearances from legends and big matches such as Brock Lesnar vs Kofi Kingston for the WWE Championship.

Let us take a closer look at everything that we can expect from this debut episode of SmackDown on Fox!

A Night Full of Surprises: The Rock and More Big Names Returning?

One of the first things that WWE will do to attract eyeballs is to bring out some big names. Expect guys like The Rock and Hulk Hogan, Ric Flair, The Undertaker and John Cena to all be present for the event. The Rock, in particular, is one big name that the company has been trying to pursue in order to have him appear for this one night!

In addition to that, there’s also the possibility of CM Punk starting off with his FS1 Show ‘WWE Backstage’ where he commentates on the events of the show. John Morrison is also expected to make his WWE return on this night.

Something nobody can deny: a person who works for FOX has directly told me, face to face, they would like Bray Wyatt on SmackDown. However, it looks like he’s going to remain on RAW, with Paul Heyman being a gigantic fan of his. Not confirmed, but we’ll see.

The Fiend to Move to Friday Night SmackDown on Fox?

The Fiend has been one of the hottest properties on WWE TV and a character that has attracted the attention of millions of people from around the world! Reportedly, Fox execs, too, love him and have told WWE that they want him on SmackDown! It will be interesting to see if the character formerly known as Bray Wyatt decides to appear on the debut episode of SmackDown on Fox! The show will also focus on the build-up to WWE Hell in a Cell, which airs on Sunday! 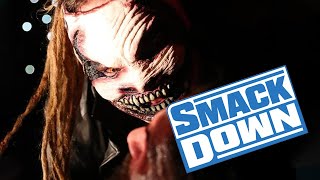