Apple iPhone 11 isn’t scheduled to be released for at least a few months but the leaks have started to surface already.

Ming-Chi Kuo an Apple analyst who is popular for his predictions for new Apple-related products suggested that Apple might be working on “two-way wireless” charging or Bilateral Wireless Charging for its upcoming iPhone 11.

Even though wireless technology has been around for years but it only featured in high-end phones Android phones. Apple’s iPhones didn’t come up with wireless charging until recently.

Some of the most popular smartphones in the market have already got this tech. Huawei was the first company to introduce this tech to the general public on their Mate 20 Pro.

What is wireless charging? What is Qi standard?

Wireless charging is when a user is able to juice up his device without using any cable.

Most phones use the widely popular Qi standard. Qi standard is able to charge the device using magnetic induction within the range of 4 cm. All you need is a device and a charging mat.

So, whenever a device can charge itself and other devices using magnetic induction it is bilateral wireless charging capabilities. Essentially the device can turn into a charging mat whenever the user needs it.

Users can use this feature to charge all those phones which support wireless charging. This capability can drastically change how we design accessories and connect them.

The best implementation we can see right now is in Samsung Galaxy S10 and S10+ which can be used to charge other phones or Galaxy buds.

Which are the supported devices?

All those devices which support Qi standard can be juiced up by using a bilateral wireless charging. If the tech is anything similar to Samsung’s Poweshare you charge any device that supports wireless charging.

Bilateral wireless charging on iPhone 11 will be a good feature if it can support the charging of Apple Airpods as Samsung did it with S10 and Galaxy Buds.

It will radically enhance user experience and prove the practicality of wireless earbuds since Apple has sacked the headphone jack.

Personally, I think Apple should implement this tech in the iPhone 11 for the price they are charging for a new phone and as a tech giant, they should keep pushing the innovation. 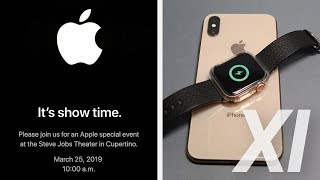