Stranger Things has become the biggest show for Netflix after its initial release in 2016. The science-fiction horror web show set in the fictional town of Hawkins in 1980s has garnered much attention for Netflix. Season 2 of Stranger Things premiered on Netflix in 2017 and a third season was confirmed back then.

Let us have a look at all the details and everything we know about Stranger Things Season 3.

Netflix dropped the much-awaited trailer for Stranger Things Season 3 in March this year. The new trailer focuses on the life of the children after the events of Season 2. Stranger Things Season 3 trailer has introduced a lot of new threats, including the upside down monster. The trailer also focused on the outside world and the new Starcourt mall. 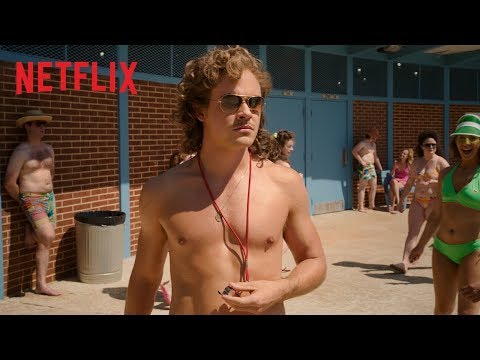 A new promo trailer for ‘Summer in Hawkins’ was also released last week on May 20 for Stranger Things Season 3. The summer trailer focused on Billy becoming a lifeguard at the local pool in Hawkins. While Mrs. Wheeler from the show is shown flirting with the young recruit lifeguard Billy, it also teased the new character of a female lifeguard, which could play a significant part in Stranger Things Season 3.

The main child cast of Stranger Things is returning to the Season 3 of the show. It includes Millie Bobby Brown as Eleven, Finn Wolfhard as Mike, Winona Ryder as Joyce, Noah Schnapp as Will, Caleb Mclaughlin as Lucas, Gaten Matarazzo as Dustin, Natalia Dyer as Nancy, Charlie Heaton as Jonathan, Joe Keery as Steve.

While David Harbor will reprise his role of Chief Hopper from the previous seasons of Stranger Things. Jake Busey as Bruce, Cary Elwes as Mayor Kline, Francesca Reale as Heather (the new female mystery lifeguard), Maya Thurman Hawke as Robin, and Priah Ferguson as Erica will be the new addition to the cast of Stranger Things Season 3,

Stranger Things Season 3 will be full of horror and 80s pop culture references as per the makers. There have been reports that the shadow monster aka the Mind Flayer from season 2 might come back to haunt the children. Along with that the new mayor of Hawkins, Kilne will also come as an evil person with secret plans for the destruction of the town.

Netflix has announced July 4 as the release date for Stranger Things Season 4. It is a good thing that Netflix released all episodes at once, so it can be binged watched. If you do not have a Netflix subscription, you can wait till the release date and get a one-month free trial. All the episodes of Stranger Things Season 3 and even previous two seasons can be streamed on Netflix.

Read more:  Conor McGregor UFC Return: Who Will He Face Next?

The upside down monster might come to haunt the kids from the evil world in Stranger Things Season 3.

Eleven’s evil sister Kali, who also have superpowers might return with her group of freaks to cause havoc in Hawkins town.

We might get to witness the early life of Detective Jim Hooper before the events of Stranger Things.

There might be more of Eleven and Steve Harrington in the role of a single father raising a special kid.

Nintendo has announced about a new Stranger Things game to be released alongside Season 3 of the show. The game titled Stranger Things 3 will be launched on Nintendo switch and might have another platform release too in the future. It will be a beat them up style game featuring the evil monster upside down. Stay tuned to Hiptoro for more Stranger Things Season 3 updates and other news.