Conor McGregor is the most controversial name in UFC! The Irishman has been around the scene for a really long time now and has been the center of attraction for several years! His time away from UFC has been marked by his fans eagerly waiting for his return. However, no one knows when he’ll be back and who he will be facing upon return. However, the name of Justin Gaethje seems to be making the rounds now.

McGregor vs Gaethje or McGregor vs Poirier: Which has a Better Probability of Happening?

Justin Gaethje and Dustin Poirier are two top contenders to face McGregor when he decides to return. McGregor has been having Twitter fights with both of them and both the men have even challenged him! However, who is he more likely to face? We believe that while Gaethje has a good chance, there is a greater likelihood that McGregor vs Poirier will happen first.

This is because McGregor wants to prove that whatever Khabib can do, he can do better! McGregor vs Poirier II would be more about McGregor trying to catch up to Khabib Nurmagomedov so he can get a shot at the world title!

Conor McGregor Return Date: When Will He Be Back?

No one knows when McGregor would be back but late 2019 or early 2020 would be a fair estimate. UFC 245 or UFC 246 would be the time when we get to see the McGregor vs Gaethje or McGregor vs Poirier fight and it would be interesting to see how The Irishman performs after being away from the ring for over a year! 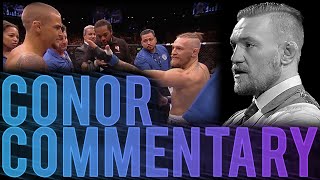