Conor McGregor has made it official that he is going to make his way back in the octagon starting January 2020. To be more precise, he is expected to return to MMA action on the 18th of January, at UFC 246. Following that, he has also announced a roadmap which includes some opponents he is going to face later on in the year. Here’s a closer look at McGregor’s return and his next three likely fights.

The first opponent that Conor McGregor is likely to face once he returns will be ‘Cowboy’ Donald Cerrone. McGregor’s manager has confirmed that the two teams are in talks and that a deal is being worked out. Cowboy is a veteran but has been losing the sheen off late and is expected to lose in his bout against McGregor.

I would love to see Mcgregor come back and fight Masvidal. That would be a dope match-up.

Having won the UFC 244 main event between himself and Nate Diaz, Jorge Masvidal has once again risen to prominence in the world of UFC. McGregor, who was hoping that Diaz would win this match is likely to face Masvidal sometime in 2020 – and while the BMF belt won’t be on the line, this would lead to some interesting trash talk between the two.

@TheNotoriousMMA hey, I figured it out. You vs Dustin. Winner fights the winner of Tony Khabib. You’re welcome. UFC should announce now the plan.

The one we’ve all been waiting for. McGregor has, time and again, shown a lot of interest in a rematch against Khabib. However, Khabib himself is going to face off against the biggest challenge of his life – Tony Ferguson sometime in 2020 and it doesn’t appear that a fight with Conor is imminent, but it is something Dana White will certainly ensure sometime in the future. 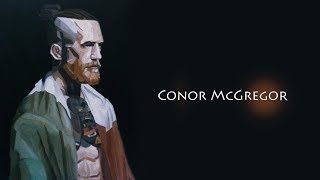