Lucifer is one of the few shows which is loved so much by the fans that it was saved by the cancellation. Fox decided to call it off after leaving it on a cliffhanger at the end of the season 3. Luckily, after a lot of fan demands and petitions, Netflix picked up and now it is in its final and fifth season. Lucifer Season 5 was announced recently by Netflix and fans are eagerly waiting for it. Here are all the details we know so far.

As on last week, June 6, Netflix announced that there will be a fifth season of the show Lucifer. It was revealed that Lucifer Season 5 will the last and final season and it will end with it. The official reports also state that there will be a total of 10 episodes in the final season. While it would be a very less number compared to total episodes in previous seasons, but it also means a higher budget.

Lucifer, played by Tom Ellis, has always been about the inner struggle of a demon. He is no ordinary guy, he is the monster everyone fears, who was sent to rule the hell. If we look carefully, Lucifer show is also a crime day, which includes Chloe Decker as an LA detective. 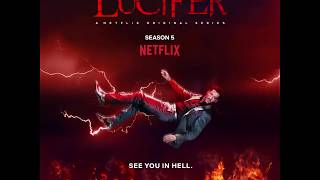 But after coming on Netflix, the show turned more into the supernatural story, which it was always meant to. The last episode of season 4 ended with Lucifer flying back to hell to keep all the demons in check. The plot of the fifth season could easily revolve around Lucifer ruling in hell and show us his side of the story.

How it would End?

One more important thing to consider here is that writers are told this time to finish it with a proper ending. Lucifer season 5 won’t end on a cliffhanger, everything would be resolved by the end.  There are many possibilities on how Lucifer could end. Lucifer could find someone else to rule Hell or he could take Chloe with her. Season 5 will decide the ending of Lucifer and his journey from hell to earth and back.