Fear the Walking Dead Season 5 will have a zombie who will be capable of affecting the entire universe of the show. Ian Goldberg, the co-showrunner, gave hints about this zombie. He said that one of the infected will open a whole set of new possibilities for the franchise. Goldberg said,

There will be one walker, in particular, I have to be careful saying this around. Let’s just say this walker will open a universe of possibilities for our storytelling.

Goldberg didn’t say much about it and left the fans speculating about the idea. There is a possibility that the Whisperers will appear in the show and that’s how the story will expand further.

The tantalizing idea has ignited discussion among the fans. The ones who were first unaware of the Whisperers are also talking about them. The concept of the Whisperers came from the comic book series on which the show The Walking Dead is also based. 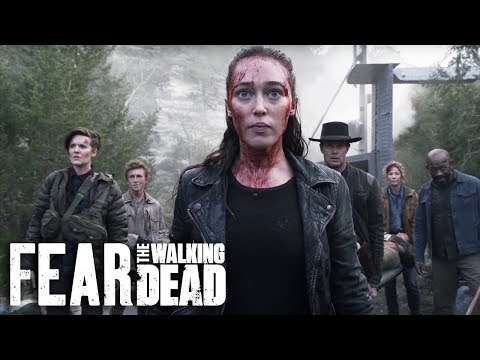 At one point, a person in a hazmat suit is shown in the trailer which indicates the presence of people and searches for mutations in the area.

The infected are capable of sending ripples through the entire universe of The Walking Dead. We will have to watch the show to know more.

“There will be one walker, in particular, I have to be careful saying this around [The Walking Dead universe chief content officer] Scott [Gimple],” Goldberg said at AMC Networks’ annual summit in New York City.

“You do see in that trailer a glimpse of an airplane, and you’re going to see more of that. The plane is sort of emblematic of the lengths that our group will go to to help people out in the world.”