Conor McGregor vs Justin Gaethje is most likely going to be McGregor’s first fight upon his return to UFC. Coming off after an exciting first-round win against Donald ‘Cowboy’ Cerrone, Gaethje is on quite a winning momentum but it will be interesting to see what will happen when he finally meets the legendary Conor McGregor!

Let us take a closer look at this fight and see whether this is confirmed and when will it happen!

You guys voted Conor McGregor vs Justin Gaethje is the fight to make let’s make it happen UFC. https://t.co/tudfSwJRBO

However, for now, it seems it is going to be one of Gaethje or Poirier – but given McGregor has already fought (and defeated) the latter once, Gaethje might end up being his first opponent back!

Jus throw gaethje vs mcgregor on the card https://t.co/qqjKZFdn3A

When Will Conor McGregor Return to UFC?

Only Conor McGregor knows as to when he plans to return back to action! However, this is not going to be at UFC 245. The event already features three title matches and has all the star power it needs to draw people towards their TV screens! Hence, we don’t expect Conor McGregor to return anytime before January 2020 at UFC 246 (or maybe even later!) 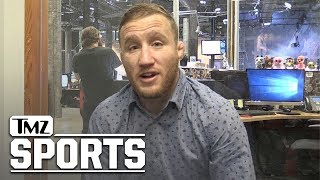