The testy relationship between Spotify and Apple is not getting any better. An antitrust complaint has been filed against Apple by Spotify in the European Union. But this couldn’t stop Apple from accusing the music app of desiring the benefits of a free app and still charging its customers.

Spotify returned back to Apple calling it a monopolist.

Apple charges a hefty chunk of payment from Spotify when users subscribe to it using App Store. Apple charges around 30% of the subscription fees as taxes for the initial year and 15% subsequently.

It’s a huge part of the money spent by the users on Spotify. However, not every user of Spotify is subscribing through Apple. But the complaint does not stick to the taxes charged by Apple only.

Spotify also launched a webpage for the details. They claim that Apple is using all strategies and resources for pulling down its competitors.

For instance, Siri works well when it comes to Apple Music, but the same is not true when it comes to Spotify. Further, there is no other way for Apple users to upgrade to Spotify Premium. They have to make the App Store payments along with the Apple Tax or nothing.

Read more:  Samsung Insider Leak : What is the Unexpected Surprise

Apple has also blocked ways for creating an app for the Apple Watch and blocked the app updates due to arbitrary and unexpected reasons.

Spotify vs Apple lawsuit: What’s Apple take on the issue?

Apple refuses to accept that it is engaging in unfair competition. The company argued that Spotify has a disingenuous position. It said,

After using the App Store for years to dramatically grow their business, Spotify seeks to keep all the benefits of the App Store ecosystem. 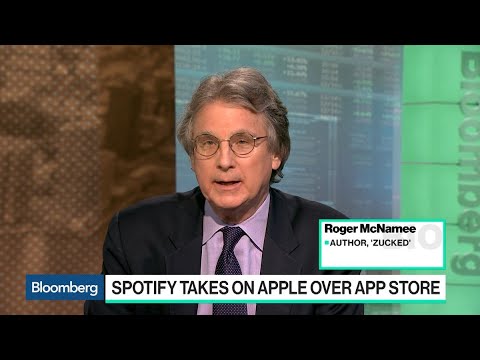 Apple argued that Spotify wants to get special treatment when it comes to the App Store and only a small part of Spotify’s subscription falls under the revenue sharing model of Apple.