A few days more before we finally get to see Spider-Man: Far From Home. The movie is set to release on 2 July. The critics have only started sharing their views about the movie on the internet. They seem impressed by the movie, and some even called it extraordinary. Others said that the movie has a shocking ending.

How many post-credits scenes are there in Spider-Man: Far From Home?

Fans are happy to know that the movie has got stellar ratings. But they are interested in knowing about the credit scenes. Are there any credit scenes? If yes, then how many are there?

Breaking the Marvel Cinematic Universe tradition, Avengers: Endgame became the first movie that did not have any post-credit scenes. But things are different in case of Spider-Man: Far From Home.

Spider-Man: Far From Home is the best live action Spider-Man movie ever made, beating Spider-Man 2 after 15 years.

It also has without a doubt the greatest end credits scene in recorded human history.

The critics who have already watched the movie are warning fans to stay away from spoilers. The post credit scenes will turn out to be pretty big surprises. Sources reveal that they would blow your mind and you shouldn’t miss them.

The first movie also had end credit scenes. Well, the movie is set to release in a few days, and we will soon get to know about what lies ahead of us. 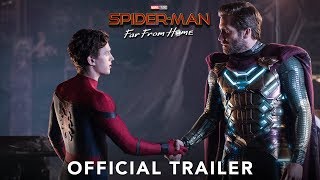