According to an insider, the latest Samsung Exynos processor beats rival Qualcomm’s current offering. On Monday, Qualcomm revealed a refreshed version of their flagship Snapdragon 855.

The processor powers the current line-up of flagship phones such as the OnePlus 7 and the Samsung Galaxy S10.

The Exynos 9825 is the successor to Samsung’s latest and fastest offering, namely the Exynos 9820. Samsung Galaxy S10 phones come in two versions, one with Exynos while the other one is powered by a Snapdragon processor.

An impressive 4495 and 10223 score in single and multi-core Geekbench tests indicates that the Exynos 9825 is considerably faster than the Samsung Galaxy S10 and the OnePlus 7 Pro. 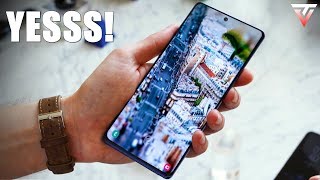 Samsung Exynos 9825 is clearly faster than its predecessor in Geekbench but how it will perform in real-world scenarios is still unknown. Also, we have no idea if the Qualcomm version of the Samsung Galaxy Note 10 will pack the Snapdragon 855 or the more powerful Snapdragon 855 Plus.

Speculations and popular trends suggest that the upcoming Google Pixel 4 and Samsung Galaxy Note 10 will feature the Snapdragon 855 Plus.

The Snapdragons 855 Plus comes with some enhancements in the graphics department and also provides 5G connectivity.

However, there is no information which phones will make use of the Snapdragon 855 Plus as of now. 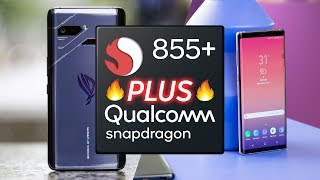 Benchmarks scores are purely synthetic and do not reflect real-world performance. One should also note that Samsung was one of the companies which were caught cheating by overclocking their phones to get a higher benchmark score in recent years.

Liked this post? Wondering what’s next in the smartphone era? Stay tuned with us on Hiptoro!