Even though Google Pixel 4 has generated a lot of hype with Google blogosphere was brimming with renders, the search giant dropped an unexpected bomb.

Google shocked everyone when it confirmed a render by sharing a photo of Pixel 4 from its official Twitter handle.

After this confirmation, another speculation has started to gain strength. As reported by BGR, Google might be planning to integrate a new technology that will bring never seen before functionalities to Pixel 4.

Project Soli tracks the movements using a tiny radar which enables the electronic devices to interpret the minute human gesture. These gestures then can be used to start or trigger a function. 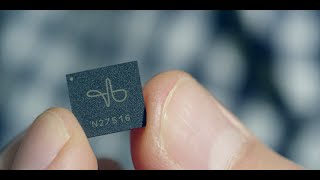 Interestingly folks at XDA Developers have found some clues that back this theory. They have seen the code that hints towards a new silencing and skips gesture being integrated into Android Q. This new feature is expected to be called “Aware.”

Even though the tech and speculations are promising, it is possible that this rumor might not take off because many have tried and failed at it. LG has tried to do something similar with its LG G8, which used air gestures for interactions.

These interactions were limited and basic, but Soli is touted to intercept and understand minor hand movements.

What to expect from Google Pixel 4?

Other than Soli, Pixel 4 will finally come with more than one camera lens.

Well, since there seems to be some interest, here you go! Wait 'til you see what it can do. #Pixel4 pic.twitter.com/RnpTNZXEI1

As seen in the tweet, it will pack to two camera lens and one spectral sensor inside an oven-top enclosure.

By the looks of it, Google will ditch the fingerprint sensor in favor of Face Unlock or fingerprint scanner inside a bezel-less screen.