NFL Week 2 was full of excitement and adventure with every game providing some sort of entertainment to the fans. Antonio Brown finally returned to the field and made a touchdown for the Patriots. Steelers and Saints had their main quarterbacks injured and the trouble is just started. There are some quarterbacks who impressed and might easily get new contracts. Here are the updates and takeaways from NFL Week 2 of 2019 season.

New England Patriots were already 18.5 points favorites in the game and won by 43 points without even giving out a single score to the Dolphins. Brown scored a touchdown, there were four turnovers from the team and Ryan Fitzpatrick had a dubious distinction. Even after giving 102 points in just two games, Miami Dolphins are still not the worst team in the history of NFL.

The Patriots have 123 yards on interception returns. The Dolphins have 93 yards of offense.

New Orleans Saints suffered a loss against the Los Angeles Rams once again and the referees were hell-bent on defeating them. It is the second game of NFL 2019 season and the Saints are already having huge troubles with the rule-makers. To make it worse, Drew Brees was injured in the game and the Saints almost had a fight with the game officials.

Injuries that could Hurt Teams

Pittsburgh Steelers are 0-2 in this season but the bigger problem is their star quarterback Ben Roethlisberger getting injured. Big Ben will be out for the whole season and the Steelers are going to tank further. The same has happened with Sam Darnold and Trevor Siemian in Jets, Nick Foles in Jaguars. All these teams are already losing and injured players will make it worse.

Steelers’ QB Ben Roethlisberger is out for the season with an elbow injury.

Lamar Jackson impressed everyone in the Ravens and the same can be said for Kyler Murray in Arizona Cardinals. Dak Prescott repeated the same magic against the Redskins in the Week 2 game and he will soon get the richest NFL quarterback contract from the Cowboys. Gardner Minshew was very good despite the Jaguars losing both the games. Patrick Mahomes could be said as the best QB of Week 2 with passing for 443 yards.

Note to Hollywood: I would watch 1,000 movies starring Gardner Minshew as the hero who has to defeat Trevor Lawrence. pic.twitter.com/JTtWWOhUeW 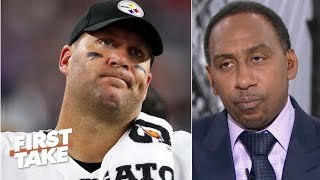