NFL 2019 season is about to start their Week 6 games and there are still a lot of players who are upset with their teams. Jalen Ramsey and Stefon Diggs have stopped reporting to the Jaguars and Vikings respectively and have asked for a trade out. NFL trade deadline is at the end of October month and it means we could see some new deals made very soon. Meanwhile, Melvin Gordon who recently ended his holdout can also leave the Chargers very soon.

Jalen Ramey felt insulted after his fight with the Jacksonville Jaguars coach Doug Marrone and decided to leave the team. Even though the Jaguars accepted his trade request, they are rejecting the offers from other NFL teams. As per the reports, the Jags said no to an offer of two first-round picks in exchange for Ramsey.

Jaguars announce cornerback Jalen Ramsey is out Sunday vs. Carolina due to his back injury.

But given how the cornerback has been missing out the games due to one or the other excuses, they will soon be forced to trade him out. Jalen Ramsey would love to be the riches corner in history and teams such as Chiefs, Ravens, and Eagles are eagerly waiting to sign him for a deal.

Stefon Diggs is also not happy with how the Minnesota Vikings team has changed their game style and has started to miss out on NFL matches. Further, Diggs is also following the players from Patriots indicating that he wants a trade out. Even the New England Patriots are looking for a wide receiver after releasing Antonio Brown, and Diggs could be the one to get a deal with them.

On #Vikings WR Stefon Diggs: His frustration with the organization has been palpable. He was not at practice yesterday for non-injury reasons. Teammates are left wondering if he wants to be there. The team is adamant he is not available for a trade, barring some massive deal.

Melvin Gordon was sitting on a holdout with the Los Angeles Chargers team which lasted for four weeks after which he returned to the team. But his return is not that great as he just rushed for 31 yards as the Chargers lost to the Broncos at 13-20.

Bill suggests the #Bills trade TJ Yeldon and a 3rd round pick for Melvin Gordon & a 5th round pick. https://t.co/8Ll66iw05N

There is no way the Chargers would him the high price the running back is asking for and which means Gordon traded to another team such as Buffalo Bills before the October NFL trade deadline. 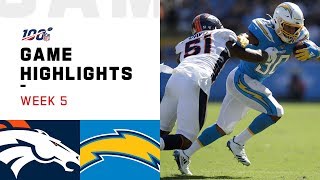