Trent Williams is one of the best players in Washington Redskins but he is currently sitting at holdout. The Redskins are trying their best to get Williams back on the field but there is no response. Most of the speculations are leading to Williams pulling out something like Andrew Luck. It has set up an example that physical and mental health are more important than money and fame.

Luck was financially stable with net earnings of $97.1 million and hence decided to retire from the NFL. Even Williams has earned $95.2 million throughout his career and can spend his life easily. It won’t be all of a sudden decision given how his career has proceeded, one can say that Trent Williams retirement is imminent.

It won’t be easy to compare the situation of Trent Williams and Andrew Luck but the former has given so many hints on his retirement. Williams has been constantly speaking about how he will never play for the Redskins again and has made it known to the world.

The situation is so bad that Williams is even ready to pay the daily fines and will sit out the entire season. Williams has also told his former teammate DeAngelo Hall that there is “zero chance” he will be coming back to the Washington team.

Washington Redskins can’t afford losing out Williams and are fully confident that he will not retire. But in case if Trent has made up his mind, the Redskins brass has to look for the possible options left. There are two options for the team, either to let Williams retire and save his salary, or they can trade him off for some future assets.

Gruden on Trent Williams possibly returning to Redskins –
I have no expectations anymore. I’m kinda numb to it.

Trent Williams returning would sky rocket my confidence level for this team. Adding him back would take this O-line from a C to an A. Also would further allow this offense to go through Guice and the run game like Jay implied.

The Redskins can save around $11.1 million if they are able to deal Williams in 2019. New England Patriots once offered 2020 first-round draft pick in exchange for Trent Williams, maybe it is time that the Redskins reconsider it. 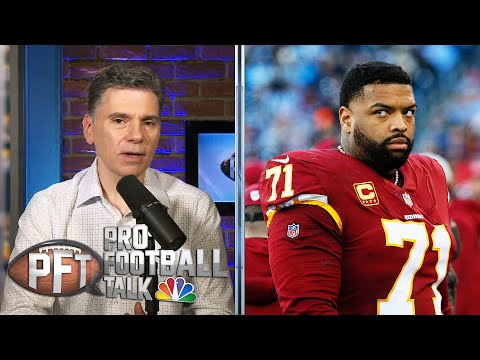