Andrew Luck stunned the whole sports world when he announced his retirement from NFL games. Luck was the star quarterback for Indianapolis Colts and the whole news came out of nowhere. The most shocking part is that Luck was just 29 years old and had only played 7 seasons with the Colts.

That’s total bullshit Doug. What qualifies you to decide how someone should live their life? So you’re now the authority on what motivates Andrew Luck? And if his decisions don’t fit into what you think is best for him then you rip him? Guess that keeps you employed on FS1. Nice https://t.co/p59DsmPoER

In a press conference after the preseason games of Colts, Luck explained his reasons for the retirement. People are also wondering about his net worth to know what are his possible options. At the same time, the Indianapolis team needs to find suitable replacements within a few days as the NFL 2019 regular season starts on September 5, which is just a few days away.

Andrew Luck expressed his love for the game of football and how his teammates from Colts are the nicest guys he ever met. At the same time, Luck explained the reasons for his early retirement were his multiple injuries. The player believes that he is not the same quarterback as before and it has taken a toll on his body. Luck has been drained physically and mentally and would spend his time with friends and family traveling around the world.

Physical toll on Andrew Luck through 6 NFL seasons:
» Torn cartilage in 2 ribs
» partially torn abdomen
» a lacerated kidney that left him peeing blood
» at least 1 concussion
» a torn labrum in his throwing shoulder
» and this mysterious calf/ankle issue that led to this

a lot of respect for Andrew Luck.

Never to late to walk away from something that no longer serves you. #colts

Andrew Luck currently has a net worth of around $97 million which he earned as salary from the Indianapolis Colts. Luck is married with Nicole Pechanec who is a gymnast and they are expecting their first child. In case there is a shortage of money, Luck can use his degree in architectural design from Stanford University. Also, there are other jobs for retired NFL stars such as coaching, commentary and interview podcasts.

Dan Marino and Andrew Luck are the only 2 quarterbacks to top 20,000+ pass yards and 170+ pass TD in first 6 seasons played.

Indianapolis Colts are now looking at other names to start the game for them as Andre Luck will no longer play football. One of the most plausible names is Jacoby Brissett who could be the new leader for the offensive side of Colts.

Brissett has been replacing Luck whenever he was injured and now it is his full-time job. Jacoby has completed 58.8% of his passes for 3,098 yards, 13 touchdowns, and seven interceptions. The Colts are confident in Brissett and he will receive the mantle for leading the offense in the NFL 2019 season. 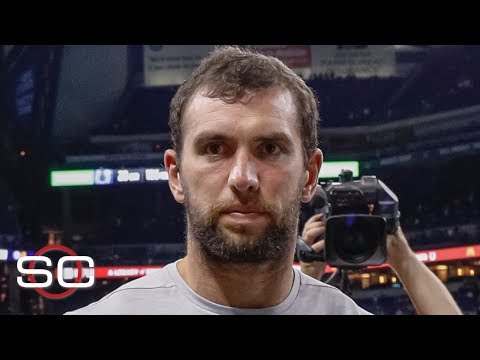