Houston Texans were going strong this year in the hopes of Super Bowl title but Lamar Miller’s injury has changed everything. The veteran running back tore his ACL during the Saturday night game and might miss the entire year. Texans need a solid replacement if they want to head strong for the rest of the NFL season. Miller could be replaced with Duke Johnson, Melvin Gordon, Jay Ajayi, and LeSean McCoy by the Texans.

Texans got Duke Johnson just a few days ago from the Cleveland Browns and now may use him as their starter. While he has no experience in starting a game, Johnson has never missed a game due to injuries. In his four years career with the Browns, Johnson rushed for 1,286 yards and five touchdowns on 299 carries. Texans are looking at running backs to replace Miller and Johnson is more of a receiver, but they can easily make the transition possible.

Not sure why it's assumed Duke Johnson can't handle a featured role.
* 210 pounds
* Averaged 18.4 carries over final two NCAA seasons
* HOU gave a 3rd-rd pick for him
* Never missed an NFL game in four seasons

Melvin Gordon is currently on the holdout and may leave the Los Angeles Chargers in the next few days. Gordon is a two time Pro-Bowler who had an average of 5.1 yards per carry in 2018 NFL season. The only problem is that Gordon would ask for a long term deal and it would cost very high to the Texans. But if they are serious about their future and wants to give Deshaun Watson the proper support, a deal will be made soon..

At this point, #Chargers RB Melvin Gordon’s holdout is expected to continue into the season, sources say. Contract talks have not progressed as he hoped, and he’ll continue to train in Florida for the foreseeable future.

Jay Ajayi is currently a free agent and has fully recovered from his October injury where he also tore his ACL. In 2016 NFL season, Ajayi was healthy and played 15 games where he rushed for 1,272 yards and eight touchdowns on 261 carries. Ajayi is just 26 years old and has been cleared medically and the Texans could use him and pair with Duke Johnson.

Former #Eagles RB Jay Ajayi has signed with the #Texans.

Per NBC commentator Al Michaels on the #SNF broadcast. pic.twitter.com/odthciJDOr

LeSean McCoy could soon be on his way out from the Buffalo Bills as they have signed Frank Gore, TJ Yeldon and Devin Singletary. The Texans could make an offer to the Bills and pay the remaining amount of $9.0 million salary for McCoy. He is an amazing player with tags of six-time Pro Bowler and a two-time First-team All-Pro. Even if McCoy doesn’t perform, the Texans could easily trade out him next year as he will be a free agent in 2020.

At what point is it not the line? #Bills #BUFvsDET 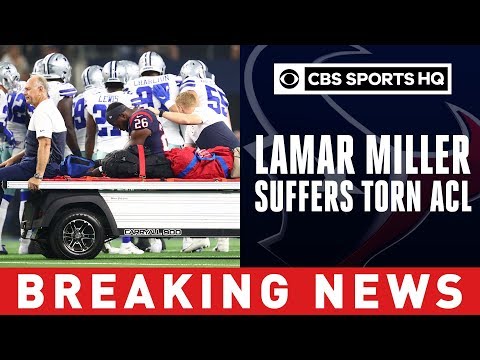