Dallas Cowboys in negotiations for new trade deals with three of their main players. Amari Cooper, Dak Prescott, and Ezekiel Elliot are near the end of their contract and the Cowboys needs to sign an extension with them. With Cooper injured and Ezekiel deal stuck, they need to take the next step with the Prescott deal.

Apparently, the Cowboys offered Prescott a new extension for $30 million, but he is asking for $40 million per year. The deal is kind of getting complicated by the day as none of them wants to back off. It has always been a point of discussion whether Prescott is the best quarterbacks for the Cowboys or they can get someone else to replace. In the end, the whole Dak Prescott trade deal with Cowboys depends on which side can bluff better.

Dak Prescott has often been compared with Carson Wentz as they both were picked up in the same draft class and play for the same NFL division teams. While Wentz recently got a new four year deal with the Philadelphia Eagles for $128 million. Out of this, $66 million is fully guaranteed which makes it $32 million per season for Wentz.

Since entering the league in 2016, Dak Prescott ranks 2nd in QB wins with 32,only behind Tom Brady.🔥 pic.twitter.com/bL9GQaddzN

On the other hand, Prescott is yet to receive a guaranteed deal option. There is no direct comparison as which quarterback is better as both have kind of mixed numbers. The only advantage Prescott has is he never missed a game while Wentz has been injured for a lot of times.

Cowboys and Prescott deal depends on who can do better without each other in the next NFL season. If the Dallas team doesn’t sign Dak Prescott, they still have a few strong quarterbacks in the form of Elliot and Cooper. While there are also chances that with Prescott, the Cowboys can make it to the next Super Bowl.

I can confirm reports that QB Dak Prescott has, in fact, turned down 30M a year offer and is instead seeking 40M a year per source informed. #Cowboys

But what if the Cowboys believes that Prescott is bluffing and they let him go to some other NFL teams. The possible options for Prescott are Bengals, Dolphins, Titans, and Buccaneers. Most of the trade analysts believe that Prescott will stay with the Cowboys as only they can offer him the best deal. 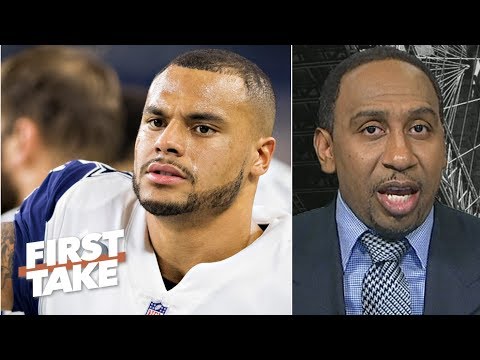