Rob Gronkowski was an important part of the New England Patriots team who retired in March 2019. There were so many reports hinting his return to the NFL and looks like it might be happening soon. Gronkowski is just 30 years old and can still play football for many years.

Rob Gronkowski just left the door wide open for a return to football. He said if he's feeling better and recovered in six months, two years, he'll return to the sport. Said he can't see a return in the foreseeable future in the next week or month.

The three times Super Bowl champion misses the game and could make a return to the Patriots in the upcoming season. Former Patriots player Jermaine Wiggins believes that Rob is planning to end his retirement and become a part of the Patriots team once again. Gronkowski is also getting back in shape and would love to win the Super Bowl 2020 for the Patriots.

There are so many reasons for Gronkowski to return to the NFL and love for the fame and limelight tops it. As per Wiggins, Gronk returning to football also makes sense as it would help his brand to grow further. The Patriots are one of the best team out there and it has been always a pleasure to be the part of their roster.

Gronkowski has won three NFL Super Bowl titles with the team and would love to have a fourth. Rob also misses his former teammate and friend Tom Brady, and a reunion would also enable to spend time with him. Brady might retire from the Patriots very soon and it is the last chance to play football with the legend once again.

Read more:  Boxing news: Is Pacquiao vs Thurman Going to be Pacman's Swansong? Does a Loss Mean Retirement?

Getting back in Shape

New England Patriots would love to have Gronkowski back in their team as they need new players for the 2019 NFL season. As of right now, the player weighs around 250 lbs. and need 20 lbs more to be eligible for a return. Rob would have no problem in bulking up for a return to the Patriots.

More from Rob Gronkowski on potential NFL return: "Physically, I can do it. Mentally, desire-wise, I can't." Reiterates if that changes, he'll go back. "That'll be the time. It may be never. But you know me …" Starts laughing.

The Patriots could use Gronk to win the seventh Lombardy trophy of their career at the next Super Bowl. Tom Brady and Gronkowski would be unbeatable together and the New England team can easily win the Super Bowl 2020 title. 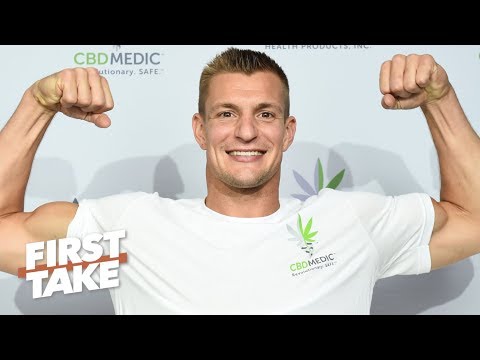