NFL Preseason 2019 second week is over and every team had a chance to test out its bench and strengths. While some of the team will be dreaming for the playoffs, there are a few who must be preparing for the Super Bowl 2020.

Many NFL teams are rebuilding their roster and testing the players from the bottom line. No matter what their next move is, NFL teams are taking leaps of development. To prepare for the next season, teams such as Jaguars, 49ers, Panthers, Ravens, and Browns to undergo big changes.

Jacksonville Jaguars have gone through some big changes in the last few years. While they were able to meet the Patriots lead by Tom Brady for the AFC title, the Jaguars had to finish at 14th position in AFC south during the year after. Jaguars have high hopes after signing the 30-year-old quarterback Nick Foles in the free agency.

Kicking off the 2019 season of the #JacksonvilleJaguars with Painting of the Paws 🐾 🐆 🏈 @news4jax @wjxt4 pic.twitter.com/pm7VWNcSWj

It will boost the performance of their receiver Dede Westbrook, but they will also miss out Blake Bortles. The Jaguars are working on their defense by signing the pass rusher Josh Allen at the 7th overall pick. With the addition of Jawaan Taylor in the offense, the Jaguars shouldn’t have any problem qualifying for the title.

San Francisco 49ers are back on the track and things are working well for them. Jimmy Garoppolo is back at the center position after recovering from a torn ACL. He plays much better than the Nick Mullens-C.J. Beathard duo who just managed a single win with a 4-14 finish.

Jerick McKinnon has also returned from his ACL injury and is ready to team up with the rookie players. The 49ers are working on their backfield with Tevin Coleman and Matt Breida forming a solid pass-catching roster. It will boost the performance of rookie wideout Deebo Samuel and George Kittle in the next NFL season.

Carolina Panthers have to improve a lot as their last season was kind of a disaster. The Panthers only managed 2 wins in the NFC south with just a record of 7.9 through the entire season. Matt Paradis, Daryl Williams, and Greg Little are the part of their new offense squad.

“..and that will cut the Panthers lead to 3. Carolina started the quarter up by 240 points.”https://t.co/EnmWGLN33N

Brian Burns and Gerald McCoy have signed with the Carolina team in June and can improve their performance. Christian McCaffrey had a record of 1,098 rushing yards and seven touchdowns as well as 867 yards and six scores during his college years. He will be great in offense and if somehow the Panthers can strengthen their defense, it won’t be much hard to cross the .500 line.

Baltimore Ravens were strong enough to make it to the playoffs last year and would try something more in this year. Lamar Jackson who was brought in as the replacement for Joe Flacco at quarterback shocked everyone in NFL. His stats include running for 695 yards and five touchdowns and two scores.

Jackson Flacco has been traded to the Denver Broncos and the Ravens needs to rebuild their offense. Mark Ingram Jr, Marquise Brown and Earl Thomas are the few names to build a defense around. The next few games will be tough for the Ravens and their new players have to step up and prove their worth.

Cleveland Browns are one of the most hyped teams in NFL and they have constantly stayed up to their names. Baker Mayfield had a great rookie year with 27 touchdowns against 14 interceptions. The reason was the change of head coach from Hue Jackson to Gregg Williams.

The future in Cleveland? #Browns pic.twitter.com/pSehwFG940

Odell Beckham Jr. also has amazing stats with 1,052 receiving yards and six scores with an average of 13.7 yards per catch over 12 games. The Browns are doing solid with winning three of their last four games. Greedy Williams and Mack Wilson are their latest addition on whom the future of Cleveland depends. 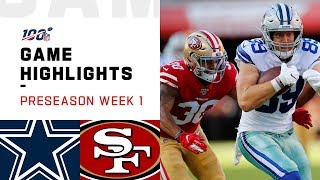