NFL 2019 season has not been going good for the Jacksonville Jaguars as they are losing their star players in one way or the other. Nick Foles, their starting quarterback was injured in the very first game and is now out for the entire year. Jalen Ramsey was seen arguing with their coach as the Jags lost a close match to the Texans.

At the beginning of this week, an NFL team reached out to the league office and asked whether Jalen Ramsey could play Sunday for that team after he played Thursday for the Jaguars, per source. League informed the team no, that it’s one game per player per week.

If the Jags play Jalen Ramsey tonight only to trade him tomorrow it will be the latest evidence that they have no idea what they are doing.

The Jags are trading Jalen Ramsey & hoping to get a first round pick for him. So why in the world would they have him play tonight? If he gets injured his trade value goes to zero this year. Seems crazy to me from a business perspective to play him.

The young and talented cornerback has a requested for a trade out to the Jaguars. NFL teams such as Raiders, Eagles, Chargers and Seahawks are ready for adding Ramsey to their defense from the NFL Week 3 games.

Oakland Raiders are the only in NFL right now with a lot of future picks other than the Miami Dolphins. The Raiders were never a strong side to begin with and Antonio Brown leaving to the Patriots have further weakened their roster. Jalen Ramsey would improve the defensive line of the Raiders and can make a difference for the rest of the 2019 games.

Philadelphia Eagles are the name mostly linked with Jalen Ramsey as they lack a solid defensive cornerback. Carson Wentz has been handling their offense perfectly as the starting quarterback and all they need is a corner like Ramsey to protect him from the attackers on the opponent teams. Even in their first game, the Eagles could have lost to the Redskins due to their poor defense, hence they should not hesitate and sign Ramsey without further delay.

Los Angeles Chargers did a decent job in the first game without Melvin Gordon and the replacement Austin Ekeler managed a victory. But in their Week 2 game against the Detroit Lions, they lost despite being the leading team at one point. It shows that the Chargers are lacking big names in their defense and Jalen Ramsey would be the perfect solution.

Seattle Seahawks never had any better cornerback since the exit of Richard Sherman and that is a problem they should solve immediately. Jadeveon Clowney and Bobby Wagner are doing a great job in their offense but a poor defense could cost them a lot. Jalen Ramsey can make the Seahawks an immediate contender for the NFL 2019 season and they should not worry about giving future draft picks and focus on the present year. 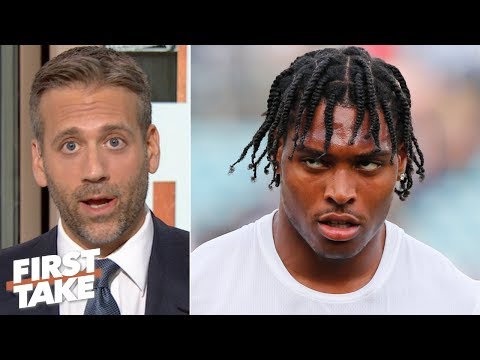