Antonio Brown left the Oakland Raiders on very bad terms and everyone has criticized him for it. First, Brown got frostbite in his foot and missed the training camp sessions. After that, the star wide receiver refused to change his older helmet even after NFL banned it. Brown didn’t play a single NFL 2019 preseason games and even missed the walking ceremony.

There were also reports about Brown threatening to punch the Raiders manager Mike Mayock in the face. It got so ugly that the Raiders finally decided to release him and he signed a deal with the New England Patriots. Drew Rosenhaus, the agent of Antonio Brown recently said that it was not all Brown’s fault as the Raiders were not trusting him too.

Drew Rosenhaus appeared in a CNN interview where the host asked him on how he feels about Antonio Brown leaving the Raiders. Rosenhaus gave a clear and upfront reply and defended his agent. Here is what he said on the whole Brown drama with the Raiders and him finally joining the Patriots.

Everyone keeps saying that it was Brown’ fault or he always wanted to leave the Raiders. But things like this are common in the NFL, he was in Steelers for 8 years but it changed. Some relations between teams and players don’t work out, the Raiders never trusted him and gave him any chance.

Brown will stay in the Patriots

Antonio Brown always wanted to join the Patriots but the Steelers refused the trade deal. It is why Brown was forced to join the Raiders where he did all the drama to get a release and sign a deal with the Patriots. No matter how much Brown or his agent sugarcoat the whole thing, the truth is entirely different.

What Brown did in Oakland was totally wrong and the team suffered a lot. It could have been avoided and only one thing is true in all this drama. Brown will stay in the Patriots and has to no plans to leave the Super Bowl champions. 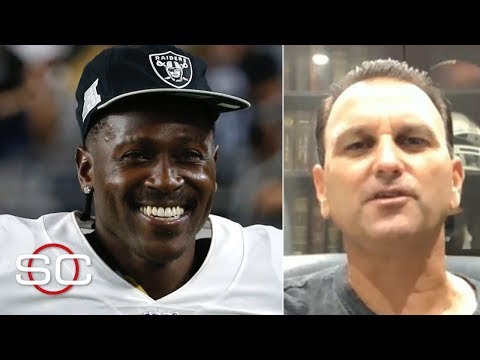 Drew @RosenhausSports on ESPN on Brown: "Antonio and I have been unfortunately anticipating this possibility. Antonio takes these allegations very seriously. … These allegations are false."