Andrew Wiggins won the rookie of the year award when he made his debut in the year 2014. After that year, Wiggins has not been able to do much despite having a lot of talent. The Canadian player came from the city of Kansas and can match LeBron James while playing at upside position. The Minnesota Timberwolves are maybe not a proper fit for Wiggins and he needs to move out to rediscover his talent. 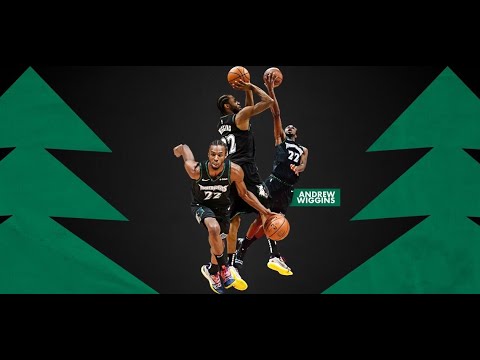 Similar kind of thing happened with Jahlil Okafor when he joined the Pelicans and D’Angelo Russel after he moved to Brooklyn Nets. Even the Timberwolves are in no mood to pay him another $27 million for the next year. Teams such as the Warriors, Cavaliers, and Raptors are interested in Wiggins and a deal can be made soon.

The Golden State Warriors are looking to trade out D’Angelo Russel soon as he was always considered as an asset. What could be a better deal than getting in Andrew Wiggins as it solves their position problems. The Minnesota Timberwolves are looking for a talented point guard the Warriors needs a winger player. A trade exchange can happen soon and the Warriors will receive additional players and future picks too.

The Cleveland Cavalier once traded away Andrew Wiggins to get in Kevin Love when LeBron James was part of their team. Now that James has left the team for a long time and even Love is planning on doing the same, it might be a good time to get Wiggins back. The Cavs have a lot of young players like Collin Sexton, Darius Garland, and Larry Nance Jr. Wiggins would be a perfect fit and even the Timberwolves will be happy to get Kevin Love in exchange.

The Raptors are in dire need of new players like Kawhi Leonard, and Danny Green have left the team. Even though they are the defending champions, no one sees them as the future contenders. Andrew Wiggins might unlock his true potential and can become the new star in the Toronto Raptors. In exchange, the Minnesota team would ask for a few players and first-round picks, which can be easily arranged.