DeMarcus Cousins might be one of the unluckiest players in NBA who despite being having huge talent is surrounded by other problems. He signed a new $3.5 million, one year contract with the Lakers this year in a hope to win NBA championship and get better offers from next year. But even before he could play a single game for the Lakers, Cousins tore his ACL once again and is now out for the entire NBA 2019-20 season.

The Los Angeles Lakers have applied for a $1.75M disabled player exception from the NBA for their projected season-ending injury to DeMarcus Cousins, league sources tell @TheAthleticNBA @Stadium.

While the Lakers have signed Dwight Howard as his replacement, there are other things concerning his return. There has been a domestic violence report filed by Cousins’ ex-girlfriendd and it could get him arrested soon. Lakers would not be associated with such a player and DeMarcus Cousins contract could soon be canceled.

Injuries have been the biggest hindrance to DeMarcus Cousins who is just 29 years old and in his prime form. It is not the first time Cousins got injured and had to leave a team in between. The same happened with him in Sacramento Kings when he was traded to the New Orleans Pelicans at a very low salary. Cousins played for the Golden State Warriors for NBA 2019-20 season where he ruptured his Achilles tendon in the playoffs and returned only in the finals.

Who's having a more worse year than DeMarcus Cousins: no championship, another injury and an arrest warrant #JustSaying

But the Warriors lost to Raptors as he couldn’t perform that well after the injury and he was moved out from the team. There have been also serious allegations against DeMarcus Cousins where his ex-girlfriendd has filed a report that he threatened to kill her in a phone call. Local Alabama police have issued an arrest warrant for Cousins and he could be behind bars soon.

Dwight Howard is the Replacement for Lakers

NBA and the Los Angeles Lakers side are currently investigating the matter and would wait for an official output. In case, Cousins is proved guilty he would be immediately released from the team. Lakers would replace him with a better player and currently, the name is Dwight Howard. He has previously played with the Lakers but kept on changing teams as he was labeled having a bad attitude.

But Howard has redeemed himself and would never repeat his past mistakes. He fits perfectly with LeBron James and Anthony Davis in the Lakers team for the NBA 2019-20 season. There are high chances that the Lakers make it permanent and Cousins deal will be broken soon. 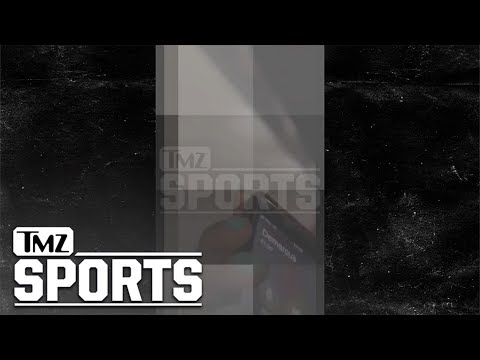