Dwight Howard, Joakim Noah and Marcin Gortat were few of the possible options out of which Lakers picked up Howard. Los Angeles Lakers had a good thing going on with a solid roster but problems started when DeMarcus Cousins got injured again. Boogie was finally ready for his new start but his torn ACL again eclipsed his basketball career. The Lakers had no option but to find a replacement with the limited money they had in their cap space.

It won’t be the first time that Howard will be playing for the Lakers and they two share a history. While all the off-court things aside, Howard perfectly fits in the Lakers roster as the best supportive player to LeBron James and Anthony Davis.

Howard is ready for Comeback

Dwight Howard is no doubt a great player with 8 All-Star appearances in his NBA career. The point is injuries and egoistic behavior has declined his play and Howard is no longer the same star. In his last season with the Washington Wizards, Howard had an average of 12.8 points and 9.2 rebounds in 25 minutes per game.

Dwight Howard: "My job is to come here and help this team win, it’s not to get into any arguments with Shaq or Kobe or anybody. I don’t plan to let anything distract me from helping this team win a championship." #Lakers

Dwight Howard looking like he's in the best shape of his career! pic.twitter.com/5NFu386MbK

Dwight Howard on winning back #Lakers fans: "I never had any ill-will toward any of the fans here in LA. I loved this city since I started playing in the NBA. I love this city, I love playing in LA."

The 33-year-old center even had a game with 25 points and 17 rebounds proving that he still got the mojo to make it back. Howard even came clean with his attitude saying that “ I don’t have an ego – it’s dead.” It is the main reason why the Lakers picked up Howard but still has given him a fair warning and zero contract.

Ever since the exit of DeMarcus Cousins, the Lakers needed a new center and Howard might be a much better choice. In his entire career, Howard has started in 1043 games out of the total 1044 games played. LeBron James is in his thirties with limited stamina and he needs someone to rebound the ball productively.

Anthony Davis is a great shooter and someone like Howard defending him would be great for the Lakers. Howard is a great talent and it is what the Lakers need right now. JaVale McGee Noah, Gortat, Johnson, etc will be good as backup centers with Howard leading the charge. 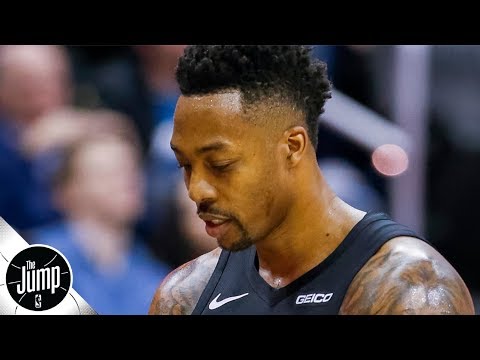