The Cleveland Indians are in a mood to rebuild their team roster and hence will make some big deals in the MLB free agency. Trevor Bauer, one of the best pitchers from the Indians team can be put up for a sale. The Indians are only 12 games behind the Minnesota Twins and might need some changes in their team to catch up. One of the teams that are very much interested in Bauer is the New York Yankees.

How interested are the @Yankees in Pitcher Trevor Bauer?@Ken_Rosenthal explains: pic.twitter.com/MmYtTVoTrs

The Yankees are in dire need for a new pitcher in their team and general manager, Brian Cashman is looking into it. The Yankees team official has been meeting with Bauer to negotiate a deal, but the decision lies with the Cleveland team. Trevor Bauer is very much needed to the Yankees, but the Indians won’t easily agree for a deal.

The Yankees were once home of the greatest pitchers in the MLB games, but most of them have now retired, changed the team or are injured. The Yankees have been also looking into names such as Madison Bumgarner and Zack Wheeler. Cashman will make sure that the Yankees ends up with some of the star pitchers before the July 31 deadline of the free agency.

.@Indians Trevor Bauer has been named the Frank Robinson Most Outstanding Player for 2019 in the Ohio Cup pic.twitter.com/cIWOLAgVCz

Trevor Bauer could be a perfect fit for the Yankees, due to his amazing form in the last MLB season. He is currently having an average of 8-6 with a 3.61 ERA through the 132 innings he played. Bauer also managed to notch 149 strikeouts, while there were just 104 hits and 51 walks.

Trevor Bauer contract with the Indians

The only problem in the Trevor Bauer deal is that he is currently under the team control contract until the year 2020. The Cleveland Indians might not trade him this year or ask for a higher priced deal. It will be tough for the Yankees to spend too much on a single player as they are also looking at other names in the free agency.

Apart from that, there are also other MLB teams who are interested in Bauer and the Indians are aware of that. The Yankees could give some of its players in exchange for the Trevor Bauer deal, but then again the Indians will be very hard to convince. 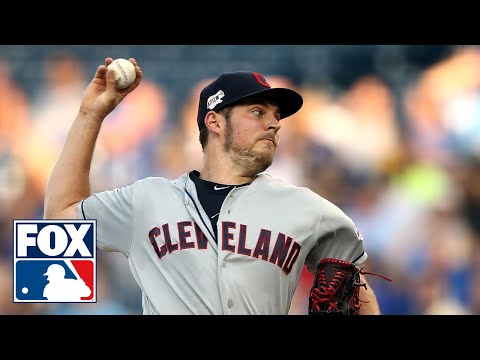