The New York Yankees are in dire need of a new pitcher in the MLB free agency. Although there are a few names on their radar, it will be very tough to get the star pitchers in their team. There are a lot of other MLB teams who have also their eyes on the same players and thus increasing the competition for the Yankees.

The Yankees have played 88 games, won 57, and own the AL's best record.

What are your expectations for the second half of the 2019 season? 🤔 pic.twitter.com/wgrb4U82SG

If they are able to get some good pitchers in their team, the Yankees could come on top and beat the Astros and Twins for the All-Star names. Madison Bumgarner and Zack Wheeler are the top targets for the Yankees and here are the deal possibilities in MLB free agency.

Madison Bumgarner from the Giants

Madison Bumgarner will become a part of MLB free agency as his deal with the San Francisco Giants will be over soon. As there are very fewer chances for the Giants to reach the postseason, Bumgarner won’t re-sign with the team. It could be difficult for the Yankees to land him as Astros, Twins, Atlanta Braves and Milwaukee Brewers are also ready for the Bumgarner deal.

The Yankees currently have the top prospect deal choice, but maybe they don’t want to use it for Madison Bumgarner. He has recently gone through a series of injuries and has not performed that well in the last two seasons. Still, Bumgarner is a great pitcher and can take the New York Yankees in the playoffs.

Zack Wheeler from the Mets

Zack Wheeler is the second choice for the Yankees as he plays for their town rivals New York Mets. The good part about the deal is they can have Wheeler without dealing up their top prospect. The Boston Red Socks, Atlanta Braves and Chicago Cubs are also in the race to sign Wheeler.

⚾️Report: The #RedSox have had 'early stage' trade talks with the Mets regarding SP Zack Wheeler👇https://t.co/nzdIWRzgX7 pic.twitter.com/TFZjnyMiIS

The recent performance of Wheeler was amazing with 4.69 ERA in 119 innings, and 130 strikeouts and 34 walks. The Mets, Giants and Philadelphia Phillies don’t have many chances to make it to the playoffs. If the Yankees are able to sign one of the top pitchers, they could do great in the next MLB season. 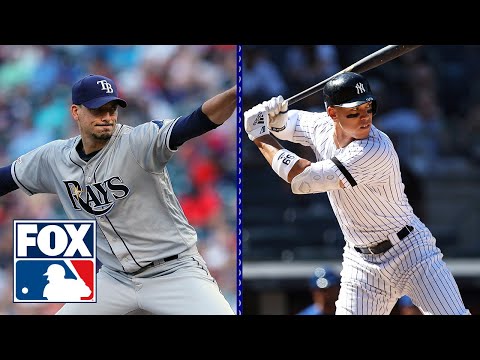