MLB trade deadline is just a few hours away and yet Tuesday was slow for the trade deals. Marcus Stroman going from Toronto Blue Jays to the New York Mets was one of the few big deals that happened. The other major trade deal was a three-way exchange between the Red Sox, Indians, and Padres. 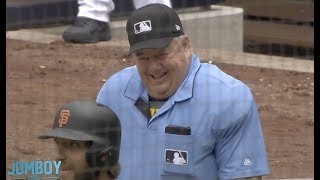 Trevor Bauer went to the Boston, Yasiel Puig and Franmil Reyes to Cleveland and Taylor Trammell to the team of San Diego. There are some other big names such as Madison Bumgarner from the Giants and the veteran Zack Grienke from Diamondbacks whose trade deal can yet happen. Here are the possibilities that the Bumgarner and Grienke deals can happen as the trade deadline closes in.

Madison Bumgarner and Giants are kind of on-off for a deal and him moving out of San Francisco. The latest reports state that Bumgarner is available in the trade market as the Giants have only 6.2% chance of making it to the playoffs. Even though Bumgarner is the biggest star of the Giants, they need to let him go for a better future.

Unless Madison Bumgarner becomes available by 4 PM, I don’t think there’s a pitcher that will be available that makes this Yankees team better. There’s no doubt Bauer would have. I think Stroman would have, too.

The deadline acquisition may very well be Deivi Garcia

The Giants pitcher is currently 29 years old and doesn’t intend to plan for much longer. It would be wise for the Giants to trade him to a team which has better shot at the next MLB title. The Yankees could be one of the trade destinations for Bumgarner as they are in need of good starting pitchers.

Zack Grienke, on the other hand, has kind of a complicated situation with the Arizona Diamondbacks. Despite the Yankees looking to sign Grienke, he has put them on a no-trade deal list. Even at the age of 35, Grienke is very good with the ball and have an ERA of just 2.87.

I think the Yankees have to pivot to Zack Greinke. If they’re not trading for Syndergaard or Stroman, he might have to be the guy.

The strike-out ratio is also unbelievable as he has struck 128 players for every 18 walks given. Grienke doesn’t have many years left in his career and it would be smart of the D-backs to trade him for some young prospects with the closing of MLB trade deadline.