New York Yankees have the best record in the American League East and there is no way they can hold it forever. Yankees currently have a tough competition with the Los Angels Dodgers for the top spot. But despite all of that, the Yankees lack in one specific department and it is none other than the starting pitching.

The Yankees have no solid starting pitchers as most of them are injured or giving up too many runs. MLB trade deadline gave the team of New York a chance to sign some good deals. It has been around one week since the deadline is over and the Yankees have not added a single pitcher. Here are the reasons why not signing starters can cost them the next championship title.

Yankees Pitchers are not Working

In the name of starting pitchers, the Yankees bullpen currently has James Paxton, Masahiro Tanaka, CC Sabathia, J.A. Happ, and Domingo German. The fact is none of them is pitching any good with an ERA of more than 4.70 in the last few games.

The New York Yankees are having a great season, but with little depth in their starting pitchers, it will be difficult if they face Houston Astros with Verlander, Greinke, and Cole! Maybe Tanaka, Servino, and Haap will pitch out of their mind!⚾️⚾️

#redsox fans after getting swept by the new york Yankees 💯. pic.twitter.com/owKWpNq0jd

Ottavino slams the door and this game is over, #Yankees win 9-4! Tonight was a total team effort from top to bottom pic.twitter.com/92jttjTn9S

Luis Severino, the best pitcher for the Yankees is out for almost a year due to his shoulder injury. Even when he was playing, he had a bad second season and an average track record. The Yankees are not sure that Severino can pitch the same way after injury and it has made their problems worse.

Read more:  Madison Bumgarner Explains the Reasons Why the Giants Didn't Made His Trade Deal

Cashman made a Huge Mistake

Marcus Stroman was available and the Blue Jays were ready for a deal but Brian Cashman refused to give away their top prospects. The Yankees manager is being too strict and honestly, this mistake could cost them the next title championship.

MLB trade deadline ended last Wednesday and Cashman didn’t make a single deal to get any starting pitcher. It seems that the Yankees are forgetting their 4-games loss against the Boston Red Sox during the last October. If the same thing happens again, it won’t be much time before the Yankees are dethroned from the top position. 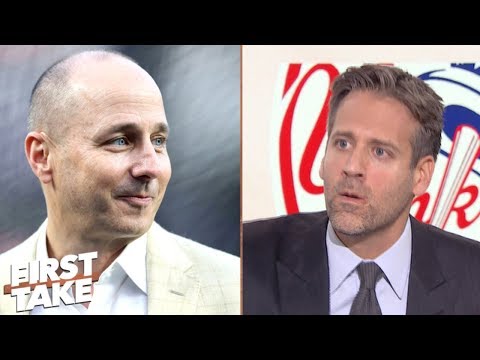