New York Yankees were not able to make a single deal even on the last day of the MLB trade deadline. The Yankees were in dire need of pitchers and trying for a deal since the start of MLB free agency 2019. As the deadline ended, pitcher such as Marcus Stroman, Trevor Bauer, and Zack Grienke changed their teams.

Even after being the leading team in AL East, the Yankees couldn’t acquire Stroman from the Blue Jays, and he ultimately went to the Mets. The shocking thing here is that the Mets and Blue Jays were not ready for a Stroman deal at all. Toronto wanted the top prospects from the Yankees and were ready to give them Marcus Stroman. Here are the reasons why the Yankees lost Stroman even after being so close to a deal.

New York Mets shocked the entire MLB world by acquiring Marcus Stroman from the Toronto Blue Jays in an exchange deal. The Mets were in the free agency as a seller with names such as Zack Wheeler and Noah Syndergaard; there was no plan to buy a player.

As per the latest reports, the Blue Jays were ready to send Stroman to the Yankees in exchange for their pitchers Deivi Garcia and Estevan Florial. But the Yankees wanted Noah Syndergaard from the Mets in exchange for Garcia. There was no way the Mets would trade Thor to their cross-town rivals Yankees. Hence, in the end, the Mets and Blue Jays settled for a Stroman and Anthony Kay-Simeon Woods-Richardson exchange deal.

Yankees made no Efforts

The Yankees manager Brian Cashman is being too stubborn with his decision of not spending high for new players. Most of the star-pitchers including names such as Zack Grienke already have Yankees on their no-trade clause. It is the main reason why the Houston Astros got Grienke from the Diamondbacks by paying around $53 million from his $77 million salary.

Yankee fans to Brian Cashman after the trade deadline pic.twitter.com/gru1MH5GYN

The Yankees clearly knew they have a shot at only a few names in the free agency and yet they made no efforts to acquire them. As of right now, the Yankees have a lead of 7.5 games, but the Astros will catch up soon. It would clearly create trouble for the Yankees once the players start doing good in their new teams. 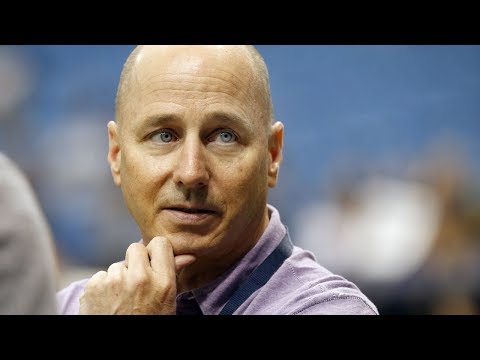