Khabib Nurmagomedov vs Tony Ferguson is all set to be one of the most ‘brutal’ fights of 2020. Two of the biggest names in the company are all set to finally face each other and only one winner shall emerge. The biggest question here is that will Khabib ‘smesh’ Tony Ferguson and will make him tap out or will Tony’s elbows be the final blow that knocks Khabib out!

A fight between these two men has been planned and cancelled four times in the past. Could we be fifth time lucky? Over the years, we’ve seen Khabib win, and win, and win some more. He currently stands at an undefeated streak of 28-0, the biggest in MMA history. Tony Ferguson has been one man who has been hailed by many to be the most gruesome and fierce fighter in the UFC.

To watch these two fight each other would indeed be quite a surprising turn of events as both the men have a huge fan base and it is going to be a main event of epic proportions, one would normally expect it to happen at UFC 250, but it is happening at UFC 249.

THE most dominant position in MMA for any one fighter that has an amazing skill set is “Khabib has top position against the fence” ….”Tony attacking from his back” is NOT the answer for that. #UFC249

This is the biggest question heading into this fight. Will Khabib lose? Given that Tony is the hardest hitter Khabib has never faced and that he is also a good wrestler, there is absolutely no doubt that Khabib Nurmagomedov vs Tony Ferguson will be the toughest match of his career. However, betting odds continue to side with the Russian! 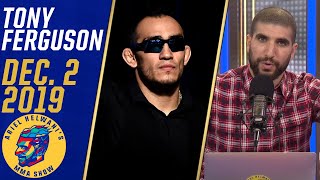