Rockstar, the developers behind some of the most popular franchises, has kept its silence about the highly anticipated Grand Theft Auto 6 release date.

However, this will not stop people from imagining and realizing their vision of the upcoming GTA title.

Some talented individuals have already given a new life to the all-time classic Grand Theft Auto San Andreas using the mods they created themselves.

Pascal Glitcher, a famous modder in the gaming community, has shared a new mod. This mod showcases the Ray Tracing technology being implemented on GTA 6 open-world. 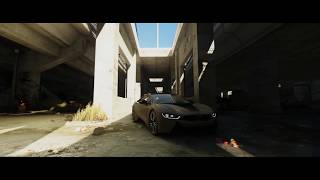 He also uploaded a video of this mod which drastically improves the lighting and graphics of the game.

What is Ray Tracing?

In layman’s terms, Ray Tracing is a technology used to simulate how actual light will behave in reality while bouncing off the objects in the virtual world.

The provide some drastic improvements in the graphics and lighting of the game. It also helps in enhancing the realism.

Nvidia has launched it’s new RTX GPU line up that can support this technology. If rumors are true, then PlayStation 5 will also be shipped with Ray Tracing.

What to expect from GTA 6?

Rockstar has been secretive about the development of GTA 6, but rumors and supposed leaks keep surfacing on the web.

A rumor claims that GTA 6 will feature multiple locations from the past title including Liberty City and Vice City and a vast stretch of Blaine County-like countryside.

According to the same Pastebin post, due to the inclusion of Ray Tracing and enhanced graphics PS4 and Xbox One will not support GTA 6.

This claim makes it clear that GTA 6 will run on the next gen consoles which are Xbox Scarlett and PlayStation 5.

If the Pastebin post is correct then we expect the game to be released in late 2020 or early 2021 because the next-gen consoles will also hit the market in this time period.