Fortnite’s enormous success has shaken the gaming community- both the fans and the developers. While the fans of this game keep on increasing, developers are trying their utmost best to keep making new and interesting content. In fact, discussions are already ongoing on season 10 of Fortnite, despite season 9 of the game released only recently. But that is how popular the game is!

One of the reasons behind this is perhaps the new update not bringing a new map to the game. Instead, what the update did was it changed several areas of interest within the map, via a volcano eruption. Futuristic versions of locations have been put in place, like Neo Titled and Mega Mall in place of Titled Towers and Retail Rows.

The volcano itself has undergone change, and is called by the new name of Pressure Plant. And while all these new changes will provide something refreshing for the gamers, it is not a new map which is what the game developer, Epic, had promised. That promise still remains to be fulfilled, and it seems as if Fortnite season 10 will fulfill it. It is widely speculated that season 10 will finally bring a new map to Fortnite.

The current season, season 9, is supposed to last for 75 days. Thus, season 10 of Fortnite could arrive on July 24, if there is no delay. And apart from a new map, there will also be new skins in the update, with a particular cyber-punk theme. This theme is in line with the Neo Titled location that has been put in.

But the most anticipated and exciting upcoming event for Fortnite fans is the Fortnite World Cup, which will take between July 26 and July 28. Although it is not expected that the World Cup will use the new map, as it would only have launched a few days earlier.

Fortnite Season 10 is still a few weeks away, and speculation and excitement is rife amongst the fans. New skins, and the new map is what the players are really waiting for! 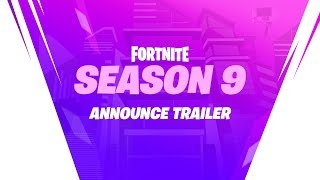