The day is not far when the world will finally have a cure for HIV/AIDS. Yes, you heard that right. Israeli researchers have developed an injection that can neutralize and cure HIV.

This could truly be a groundbreaking development in the history of medical science. The researchers have used gene editing in order to develop a vaccine to cure HIV-AIDS.

As you might be already aware that the Human Immunodeficiency Virus (HIV) aims to attack the immune system of the body which can further lead to Acquired Immunodeficiency Syndrome (AIDS) if left untreated.

First found in Central Africa in a chimpanzee, HIV is believed to have spread from one human to another since the late 1800s. Presently, HIV-AIDS cannot be treated even through genetic treatment.

So what’s this ‘magic medicine’ for HIV/AIDS?

The researcher’s team has developed a single vaccine by using engineering-type B white blood cells. This produces HIV-neutralizing antibodies by activating the immune system. The initial step to success surely seems to lead to a complete cure of HIV-AIDS.

A team from the School of Neurobiology, Biochemistry, and Biophysics at The George S. Wise Faculty of Life Sciences, Tel Aviv University is leading this research.

Why Is HIV So Hard To Treat? https://t.co/EQokjPyMVF

Has AIDS Been Eradicated?

Since the first reported case of acquired immunodeficiency syndrome (AIDS) in 1981, the disease has killed approximately 40 million people and infected millions more. The first two decades of the A…

The findings show that the antibodies produced using this method are safe, scalable, and potent. This might also be helpful in treating non-communicable conditions including autoimmune diseases and cancer as well.

The one-time injection helps to produce white blood cells of type B which generate antibodies against bacteria and viruses in the bone marrow. These B cells then spread to the rest of the body through the blood and lymphatic system. Once these cells encounter the virus, it divides and the division is used to combat the virus. 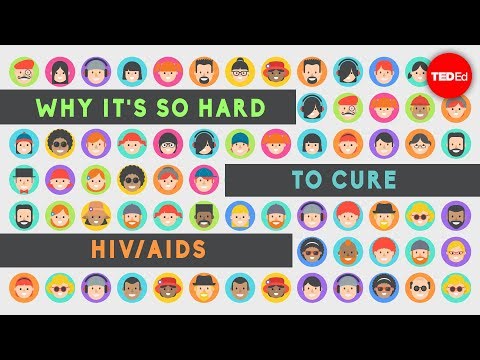