The year 2018 was tough for Bitcoin but this might change in the near future thanks to Brexit.

A report from Hybrid intelligence, an intelligence company that had its ICO in 2017, suggest that 62% analyst supports the idea that Brexit vote in 2019 will change the landscape of the crypto market, especially for Bitcoins.

Simply put word Brexit tell about the Britain exit from European Union for which Britain has been mulling over for past years.

With time the decline in social and economic status quo of the middle and lower middle class has forced them to seek other options. This has resulted in the rejuvenation of nationalism as the general public want to regain control of financial power from elite class and the Yellow Vest is one such great example.

In 2016 when news about Brexit became public the value of pound dipped to its lowest since 1985 and Bank of England suggest that the British economy loses around 725 million a day.

It should be noted that on the other hand, bitcoin rose by 6.5% in the next 24 hours after the Brexit referendum.

All these development suggested that Britishers are looking for a more stable haven to secure their financial resources during the time of political unrest.

At that point of time, Bitcoin behaved much like gold and less like a recently developed digital currency.

Data released by Coinbase also suggested that Brexit movement had a positive impact on Bitcoin price as they saw a 55% increase in new accounts and a 350% increase in BTC purchase.

On that day of Brexit voting, Coinbase saw an increase of 86 % in signup for a new account.

Report from the cryptocurrency365 suggests that the price of Bitcoin is holding the $4k level due to the anticipation of Brexit.

According to a recent survey by YouGov uncovered the fact 93% of Britain population knows about Bitcoin. If Brexit takes place this awareness could transform into an active demand of bitcoin since it is not impacted by politically inclined institutions and market. 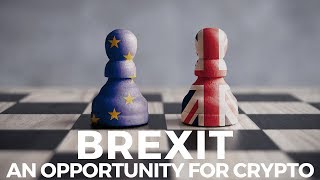