Brexit: The meaning and history

Brexit is the portmanteau of words “Britain” and “exit”. It is used to denote the exit of Britain from the European Union. The debate over the pros and cons of the membership of Britain with the European community started shortly after Britain joined it. Since then, it has been a most heated topic of discussion in Britain.

But on the 23rd of June, 2016 when the voting was conducted, 52 percent voted for leaving the European Union. This was because of the political rage over the subject of migration because of refugee crisis.

Brexit : Why is it an important issue?

With Europe being the most important market for exports for Britain, Brexit is bound to have effects that will be devastating for the nation. Moreover Europe is also the biggest source of foreign investment for Britain which worsens the matter more.

Europe has also helped London to fix its position as a financial center, globally. Because of Brexit, almost every day one or the other major business announces to leave Britain because of the fear of trade troubles that are certain to appear in future. The latest in the list is Airbus. 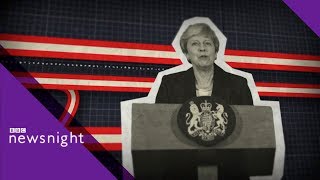 Depending upon how Brexit happens(if at all it does), the government expects the economy of Britain to grow by 4 to 9 percent less than what it would have if Brexit did not happen.

Post Brexit, Mrs. May has promised end to free movement of people from anywhere else in Europe to Britain. This is being seen as a triumph for the inhabitants of Britain who see migration as threat to their jobs.

Why is Brexit so difficult?

Apart from the financial and trade reasons that is making Brexit a task for the government there are also other reasons that deterred it from being a cake walk. The government is yet to decide upon a way in order to overcome the parliamentary arithmetic.

Mrs. May will also be required to make the lawmakers to back her agreement with the leaders of Europe. Mrs. May also has to find a solution to the Irish border.

Stay tuned for more information and latest happenings on Brexit.