Apple iPhone 9 Plus could be soon a reality as per the leaked code samples from iOS 14. There was an unreleased copy of iOS 14 that got leaked on the internet and tech experts mined through the codes to find information about upcoming Apple products and features.

It seems that the rumored mid-range device iPhone SE 2 or iPhone 9 will have a bigger variant and it is named as iPhone 9 Plus for now. There are several other details that surfaced about the iPhone 9 Plus revealing more of its specs and features. Apple has canceled the March 2020 event as per the reports, hinting that iPhone 9 Plus launch date will get delayed and postponed.

Apple iPhone 9 Plus Specs and Features

Apple iPhone 9 Plus will have a 5.5-inch IPS display and the rest of the features will be mostly similar to the regular iPhone 9 apart from a few upgrades. The rumored device will feature a Home button with Touch ID and will be powered by A13 Bionic chipset that is currently used in the iPhone 11 series.

According to 9to5Mac, found within iOS 14 code, Apple plans to release a 5.5-inch iPhone 9 Plus alongside a 4.7-inch iPhone 9. pic.twitter.com/MDuXMXARud

The leaks from iOS 14 seem to confirm every previous report that described the specs for iPhone 9 or iPhone SE 2. Also, the iPhone 9 Plus will have a solid-state version Home button and not the mechanical one found in older iPhones. It means that Apple iPhone 9 Plus will use Taptic Engine on the button, instead of tactile click to generate a small vibration to register input.

Apple iPhone 9 and iPhone 9 Plus will also support the Apple Pay platforms that are compatible with Express Transit. It means that iPhone 9 Plus will be able to scan NFC tags and pay directly via the mobile without using any credit or debit card. Apple has reportedly canceled the March 2020 launch event for iPhone SE 2 (or iPhone 9) and the new release date and price will be revealed later when the Coronavirus crisis is over. 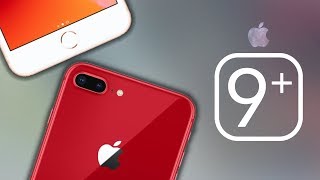