The word Alexa is familiar in almost every household these days. Have you ever watched “The Jetsons”, a cartoon which showed us the future where robots worked as assistants to humans? Well, Amazon is working on something just like it.

It would be pretty silly of Amazon to give its robot the same name as Alexa as they are completely different. According to a report by Bloomberg, Amazon Lab126 is responsible for the development of Vesta. The research facility based out of Sunnyvale, CA.

This division is famous for bringing us the much-loved e-reader Kindle and Amazon’s lineup of tablets.

What can Vesta do for me?

Gizmodo has reported that the robot is very much in the early stages of development and the prototype of Vesta is about waist-high. Similar to driverless cars, it is packed with sensors and advanced cameras. Vesta uses computer vision to navigate safely throughout the home and is a handy tool if you use Alexa everywhere.

One can summon Vesta just by calling it out loud like you would activate Alexa from the comfort of your couch. 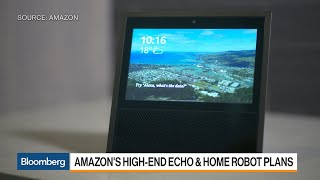 It’s still unclear what features Vesta will bring to the table and Amazon is pretty secretive about it. Surely, it can follow the user around if need be. The robot was to hit the shelves sometime later this year, but Bloomberg suggests that it is not ready for mass production.

The past year has been pretty rough for companies working on home-robots. Even well-known robots like Kuri and Jibo have shut down operations. Amazon has some serious money and is bringing engineers from other projects to work on Vesta. This gives them an unprecedented advantage over other companies.

Project Vesta has been in talks since 2018. It seems that Amazon is late on the launch of its much-rumoured project.

If Vesta turns out to be just a portable Echo device, the chances of it being successful are pretty slim. Competitive price and innovative approach are the only two things which will make it appealing to the mass.