Microsoft has powered up the next-gen Xbox Series X with 1-TB custom NVMe SSD, which can be further expanded by connecting external memory cards at the rear section port. Xbox Series X will come with a custom octa-core AMD Zen 2 CPU and each unit will be clocked at 3.8 Hz. It will be supported by a custom AMD RDNA 2 GPU capable of 12 teraflops and 52 compute units and each unit will be clocking in at 1.825 GHz.

The chipset for the gaming console will be manufactured on a 7-nm process and will come with 16 GB of GDDR6 RAM. The Xbox Series will allocate 10 GB for the GPU, 2.5 GB for the operating system, and 3.5 GB for the standard memory usage to optimize the gaming performance. There will be a large vent on the top of the console to keep the components cool by drawing in cold air from the bottom.

The testing for Xbox Series X has shown that it has faster load times compared to Xbox One and ray tracing tech has improved the visuals at 60 to 120 frames per second. Auto Low Latency Mode (ALLM) and Variable Refresh Rate (VRR) will reduce the latency between click on a controller button and action on the screen. The Xbox Series X will use a USB Type-C interface and will be backward compatible will every other Xbox console.

There are reports that Xbox Series X and PS5 launch dates might get shifted due to the Coronavirus pandemic and it all depends on when the outbreak is controlled. Most of the tech experts believe that there will be a shortage of Xbox Series X at the launch but the release date might not be delayed. Microsoft has not revealed anything regarding the Xbox Series X price but the next-gen console will be a bit heavy on the pocket for sure. 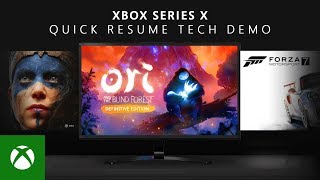