PS5 vs Xbox Series X is shaping up to be the biggest rivalry of this year as both Sony and Microsoft are launching their next-gen gaming consoles this year. There is also the recent Covid-19 infection or Coronavirus outbreak issue which has impacted almost every tech product that has to do something which China. Many game titles, smartphones and gadgets along with their launch events are postponed or canceled due to the fear of Coronavirus.

Fans are worried that PlayStation and Xbox Series X production might also be halted due to the epidemic which is spreading all over the world. But AMD, the chipset provider for the gaming consoles, has assured the gamers that there won’t be such an issue. Here is more on the PS5 vs Xbox Series X specs and features comparison along with reasons why Sony has not revealed anything about their consoles.

Sony PlayStation 5 specs are not out officially as the company has shared nothing but there are rumors that it will have two variants, PS5 and PS5 Pro. While the regular PS5 will have only 9.6 Teraflops GPU, the powerful PS5 Pro will have 12 Teraflops of higher computing power. Apart from that, every PS5 specs and features is a rumor at this point and must be taken with a grain of salt.

AMD's next GPUs based on RDNA 2 will include hardware-accelerated ray tracing with a common architecture across PC, PS5, and Xbox Series X pic.twitter.com/3eedxBHhan

At the same time, Xbox has revealed that Xbox Series X will house 12 Teraflops GPU with Custom AMD Navi-based RDNA 2.0 along with 8x Zen-2 CPU performing at 3.6 GHz. It will also offer 16 GB SSD storage that can load multiple games without any issues along with backward compatibility for all the four generations Xbox consoles.

Sony PS5 and Microsoft Xbox Series X will release in Fall 2020 despite the Covid-19 outbreak as per AMD’s Executive Vice President of Computing and Graphics Rick Bergman. Even other tech analysts are confident that the production of the gaming consoles will stay on track and it will be ramped up in the second quarter.

The worst that could happen if Coronavirus is not under control is a shortage of PS5 and Xbox Series X copies during the launch period. PS5 vs Xbox Series X comparison will be more clear in the next few days as both the companies announced a launch event for the consoles. 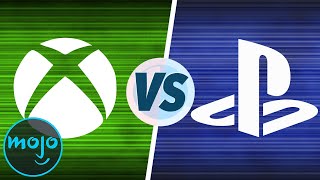