But the biggest mystery that every viewer is wondering will be about the fate of Teddy played by James Marsden. None of the hosts in Westworld dies for permanent as only their physical forms are destroyed but the conscious of the programmed Androids lives forever. It means that Dolores will try to find a way to bring back Teddy in the new world. Here is everything you need to know about Westworld Season 3 HBO release date, plot spoilers and theories.

Westworld Season 3 plot will take place after Teddy took his own life after telling Dolores that she had made him a monster. But Dolores was quick enough to transfer the consciousness of both the hosts using Sublime into their version of Utopia. It simply means that Teddy can easily come back to Westworld Season 3 as a living host.

James Marsden is totally secretive over his future in the third season of Westworld and has only shared hints about the possibility of Teddy’s return. “I mean, I’m not allowed to say anything. But I would say that just based on your hypothesis, if he’s died 4,000 times, then I would say that the odds are probably strong,” said Marsden when he was asked about the survival of Teddy in the upcoming season of Westworld.

Westworld Season 3 will premiere on March 15, 2020, with a total of eight new episodes that will air on HBO on a weekly basis. It is also announced that Westworld Season 3 is titled, ‘The New World’ indicating a lot of possibilities about the show’s future. Aaron Paul has joined the cast of Westworld season three and he will be the central character from the outside real world. 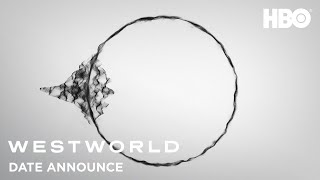