Warcraft 3: Reforged release date is officially out by Blizzard Entertainment and fans have already started to pre-order the game. The makers have announced special pre-order bonus contents for the game and it has lead to an increase in the purchase of the remastered game.

Warcraft 3: Reforged Spoils of War Edition to have Bonus for other Blizzard Games

Warcraft 3: Reforged pre-purchase has two options with only a price difference of $10 between the editions. The Spoils of War edition is priced at $39.99 and it comes with plenty of items that would make the remastered game more enjoyable. Here are the extra bonus contents available with the Spoils of War edition for ‘Warcraft 3: Reforged’ game pre-order.

Warcraft 3: Reforged pre-purchase edition also offers a guaranteed multiplayer beta access. There are still weeks before the full game is out and getting beta access at this time is an amazing offer which the hardcore games won’t miss under any circumstances.

Heed the call to arms! Warcraft III: Reforged will be available on January 28, 2020.

The best part is that even the Standard Edition for Warcraft 3: Reforged game pre-order priced at $29.99 will provide multiplayer beta access. While the game was announced way back at 2018 BlizzCon, the release date has been delayed from end of 2019 and now Blizzard’s remastered version of Warcraft 3 will go live on January 28, 2020, at 3 pm PST. 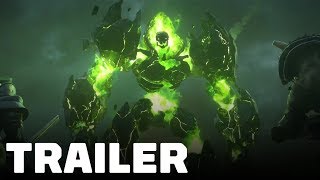