World of Warcraft Classic is trying to regulate the increased numbers of users ever since a massive growth of registration during the game launch. Now that the situation is a bit under, Blizzard entertainment is focusing on converting the realms to single-player format. It looks like WOW Classic has made decent progress on the front and very soon the process will be finished.

The World of Warcraft community manager revealed on the game forum that the realms have become stable now and will be soon locked for a single player for permanent. Along with that, there are also solid developments on the PvP game system for World of Warcraft Classic format and it should be out by the launch of the second phase.

Kaivax has also told the WOW Classic community to keep an eye on other realms as they will also be converted soon. The step has been taken to avoid long queues and solve the login uses, it will balance the population and also provide free character moves.

When is PvP System coming in World of Warcraft Classic?

Blizzard company has also revealed that the second phase of World of Warcraft Classic will be out by November with lots of new upgrades. There have been also rumors that the PvP system for the game will also be introduced in the second phase.

The makers are right now keeping things secret as there is a huge layering effect and the userbase reduced very soon. WOW classic needs to retain longevity if they want their success to continue. If Blizzard stays true to its promises, World of Warcraft Classic second phase should be huge and successful. 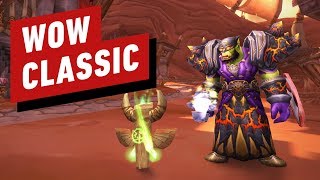