World War 3 is about to happen as the United States President Donald Trump ordered an airstrike that killed Iranian military leader Qasem Soleimani in Iraq. Hassan Rouhani, the President of Iran retaliated back by sending out a missile strike on the US airbases in Iraq.

All is well! Missiles launched from Iran at two military bases located in Iraq. Assessment of casualties & damages taking place now. So far, so good! We have the most powerful and well equipped military anywhere in the world, by far! I will be making a statement tomorrow morning.

The situation is very hot right now and Trump has escalated the chances of world war 3 by tweeting that he would attack 52 Iranian sites of cultural heritage if there is any further threat. Almost every country has started to move its military away from Iran or Iraq and with the world divided into two parts, the probability of global level war is very high. Here is how the US-Iran crisis could start World War III and the chances of it to actually happen.

While the US-Iran conflict appears to happen between two nations, there are larger forces behind the action which could lead to the third world war. Israel and Saudi Arabia always wanted Donald Trump to break their nuclear agreement with Iran and take military action against them. After the recent incident of Soleimani assassination, Washington and Tehran are threatening each other for further attacks.

If a war between them breaks out, Russia and China will also be involved very soon. The Royal Navy from the UK will also join the US in case of war as they are connected militarily in the region. The rising tension between Iran and the United States could escalate a series of events triggering international conflicts such as World War 3.

Chances of World War 3 to Happen

World War 3 has been delayed all this time due to nuclear weapons as it could end the world or leave it in ruins. While the earlier two world wars were about soldiers fighting with each other and political leaders sitting at their offices, a modern world war won’t have any limitations.

It is the only reason why we didn’t have a nuclear blast after the Japan incident but tensions are really high all over the world. There is Russia-Europe conflict, tensions in the South China Sea, UK-Iran tanker wars and the latest issue could be the final catalyst that starts world war 3. But the chances of the whole world fighting are very low given everyone will be destroyed in the war. 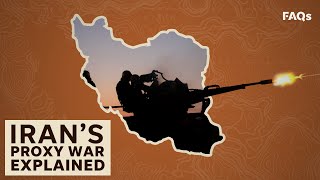