Donald Trump’s impeachment done by the Democrats in the House of Representatives is a rushed move and has nothing to do with the betterment of the United States. There are so many investigations pending and scattered evidence which could have gathered in time and used to make a strong case against President Trump.

The people of Michigan are winning under @realDonaldTrump.

While he was busy connecting with the American people, House Democrats voted for an impeachment no one wants.

The President is working to Keep America Great.

But the main motive was to get an edge for the next Presidential election, the impeachment process won’t remove Trump in this term and can only take away his vote share for the 2020 elections. As per the latest report, 15 Democrats and only 3 Republicans are in the race for 2020 President and it explains the rushed impeachment process.

Lack of Evidence and Shorter Investigation against Trump

Everyone who understands the US Politics and rules of the Impeachment process knows that the Senate House is full of Republicans and they won’t impeach Trump under any circumstances. There are 67 votes needed in the US Senate trial and Democrats can only gather 47 votes at best.

The whole process could have planned carefully, they could have gathered proper evidence and more time to investigate. There are high chances that Trump would have cheated one more time, abused his powers and a strong case with verified charges could have built to impeach him out of the office. But their only aim was to get the news that ‘President Trump is impeached’ out in the media to increase their vote shares.

President Trump is Impeached will Stay in the Minds of Voters

Joe Biden, Michael Bennet, Bernie Sanders, Elizabeth Warren, Cory Booker, and all the other Democratic candidates were pushing for the Trump impeachment process. While the ultimate decision by the Senate trial will be in favor of President Donald Trump, a large part of the US voters will be affected by the news that Trump was impeached.

So you know President Trump will be known as the very first President to win a 2nd term after a hoax impeachment in his 1st term.

They can’t beat him. Isn’t it sweet!

The whole aim of the otherwise useless impeachment case is that some voters will think Trump must have done something wrong as President and hence he was impeached. It will have a huge effect on the results of the 2020 election results and Trump will have to fight hard to win the second term. 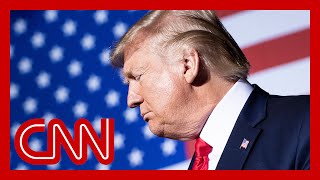