Donald Trump Impeachment process may have started but it doesn’t guarantee that the 45th president of the United States will be removed from the office before his term ends. Trump has now become the third US President who will be impeached on the basis of abusing the presidential powers, betraying the nation and being a threat to national security and constitution.

US House of Representatives votes to impeach President #DonaldTrump. pic.twitter.com/VchZl33Zen

The US House of Representatives had enough votes to pass the bill to impeach Trump with majority, the US Senate vote to remove Mr. Trump from White House won’t be that easy. The Democrats and Republicans have to come together, which is something that rarely happens as the Trump Impeachment case passes to the Senate trial.

US Senate Vote to Impeach Trump is Not Easy

The Senate trial to remove any working US President has only happened two times and Donald Trump becomes the third President who will face the Senate votes. It won’t be an easy thing to pass on the bill from the US Senate trial as two-thirds of the senate had to vote to remove Trump from the office.

The first paragraph of every History book & encyclopedia from now until the end of time will always start with these words:

“The 3rd President in American history to be impeached by the House of Representatives… Donald J Trump.“

Thank you Dems for you courage and conviction. pic.twitter.com/UuQslLfZci

As per the rules, 67 out of the 100 senators have to support the Donald Trump impeachment bill. But there are only 47 Democrats or Independents in the Senate and they have to get support from 20 Republicans. It looks very unlikely that those two groups come together and which is why the US Senate vote to impeach Trump would be almost impossible to get.

Democrats and Republicans have to Come Together to Remove Trump

Donald Trump’s impeachment process is being carried out but the only way he will be removed is to have the majority of senate voting for that. In order for that to happen, the Democrats, Independents, and Republicans have to come together for a common agenda which is something rarely happens. Trump is impeached but won’t be convicted that easily.

However, given everyone hated Donald Trump when he was elected as the President and the United States have so much of turmoil among the citizens, something of historic proportions can happen. The Democrats and Republicans can come together just to remove Trump and then part their ways on other matters. 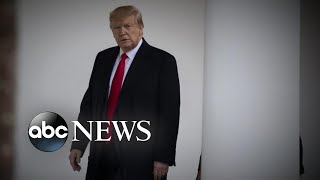