Priyanka Chopra Jonas, the Indian actress who has now established herself very well in Hollywood has bagged another big role in the upcoming Matrix 4 movie. Priyanka will be joining Keanu Reeves and other big names in the next Matrix sequel that will release in May 2021. It has been one of the biggest blockbusters ever for the Indian beauty and her future lineup looks great.

Priyanka Chopra has reportedly been cast in 'Matrix 4'

UTA Knows how talented Priyanka Chopra Jonas is and in less than a year they’re giving her what wme and caa failed to do in years! pic.twitter.com/kF8tZwCDt6

Priyanka Chopra is also set to star in the Amazon Prime series ‘Citadel’ which will also have Richard Madden in the cast and the Russo brothers as the director. Along with that, Chopra has also bagged roles in ‘The White Tiger’ and Robert Rodriguez’s ‘We Can Be Heroes’ at Netflix. But everyone is wondering what Priyanka Chopra will be playing in ‘The Matrix 4’ and here are a few theories that might reveal her spoiler character.

The Matrix 4 has cast Lambert Wilson and he will be back in the role of ‘The Merovingian’ who has special access to Matrix code. While last time he was accompanied by Monica Bellucci as Persephone, she might be replaced by Priyanka Chopra in the fourth Matrix movie.

There are a lot of reasons to believe that given the Merovingian is always obsessed by certain cultures like French last time and it can be changed to Indian in Matrix 4. Priyanka Chopra is an exotic beauty and the makers will obviously use her in a glamorous role to test Neo once again.

The Matrix 4 Cast and Filming Schedule

The Matrix 4 is set to start filming from next Month which will be February 2020 along with several cities and Priyanka Chopra is the latest name to be attached to the project. Here are the other names confirmed so far to star in Matrix 4 movie. 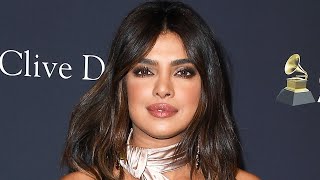