The Last of Us Part 2 release date is just a few days away and with that, a lot of details about the game are coming out. Naughty Dog has shared several gameplay features with the fans and everyone is excited about things that the sequel will bring.

The action-adventure game has one of the best storylines, which is what makes ‘The Last of Us’ series better than other mindless action games. Here is everything you need to know about ‘The Last of Us Part 2’ gameplay, features, storyline, characters, the role of Joel, human-zombie enemies and more.

The Last of Us Part 2 Gameplay Features

Main Playable Character: The Last of Us Part 2 is bringing the biggest change in terms of the main character as Ellie will be the only playable character in the sequel. While Joel was the lead in the first game and Ellie was only in supporting role, things are changing this time as the girl has grown up and will be doing most of the action in The Last of Us 2 game.

Role of Joel: Everyone thought that Joel has died and Ellie has been avenging his death in ‘The Last of Us Part 2’ but that was proved wrong when the second trailer showed Joel in a limited capacity. There are chances that Joel will come in time and save Ellie when she is pinned down by her enemies.

New Characters: The Last of Us Part 2 trailer released at the 2017 Paris Games Week showed 3 new characters, Yara, Lev, and an unknown woman. Most of the theories predict that the unnamed woman is Ellie’s mother and ‘The Last of Us Part 2’ cutscenes will include flashbacks.

Human and Zombie Enemies: There will be different types of human and zombie enemies in the game sequel and the infected characters from the first part will also upgrade with new powers. The Last of Us Part 2 will have evolved zombies that can infuse you with poison and it will be difficult to fight the new enemies.

NPC and Emotional Killing: The Last of Us 2 makers have teased that it won’t be easy for Ellie to kill her enemies as even the NPCs will scream and reflect their memories on her. The Last of Us sequel will make you feel bad for killing human characters and which will make the game more emotional.

The Last of Us Part 2 Release Date and Demo

The Last of Us Part 2 will release on May 29 exclusively for Sony PlayStation 4 console. It has yet not been revealed whether you have to purchase a second copy, or the same game disk will be compatible for the upcoming PS5 consoles. The demo for ‘The Last of Us 2’ is out for several gamers, one can apply on the official site and play the game before everyone else if they are lucky enough. 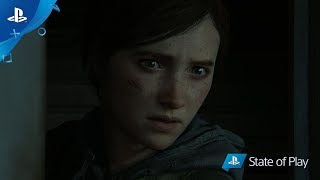