The Last of Us Part 2 plot details are out now and it gives a lot of information on what the new game will bring in the gameplay. Fans are excited about the video game sequel and are keeping a close eye on every update from Naughty Dog, the developers for the project. As per the reports, Ellie’s mother Anna will be a feature in the flashback scenes of ‘The Last of Us Part 2’ and here are more details on the same.

The Last of Us Part 2 Plot, Gameplay: Flashbacks of Anna and Dina

The Last of Us Part 2 plot theories are coming up from the teaser trailer that was shown at the Paris Games Week. The trailer has quickly become a topic of various discussions and stirring up controversies, as it has revealed major information about the new characters to be introduced in the game sequel.

The trailer footage opens with an unnamed woman tied up who is about to be executed by three members of a ritualistic cult. The ring leader is about to slice open the woman’s stomach for another kind of ritual when he is distracted with the appearance of a woman named Yara. She is brutally punished and the cult members are about to kill her but she is saved by an affiliate named Lev who tells Yara to save the unnamed woman in The Last of Us Part 2 trailer.

Fans are speculating that the unknown woman is none other than Anna who later gave birth to Ellie but was killed shortly afterward. It is why Ellie will be taking revenge from the killers of her mother in The Last of Us Part 2 game. There are also theories that fate of Ellie’s love interest Dina in the game sequel could be a red herring and the plot might focus on other things. One thing is sure that Ellie will become violent seeking vengeance in ‘The Last of Us Part 2’ and someone will surely demise from her anger.

Ellie will be the only playable character in ‘The Last of Us Part 2’ and Naughty Dog is keeping everything else a mystery. The title is exclusive for Sony PlayStation and is up for pre-orders with special collectors edition with additional items. The official launch date of ‘The Last of Us Part 2’ has been delayed to May 29, 2020, and fans have to wait till them to confirm any kind of theory or speculation. 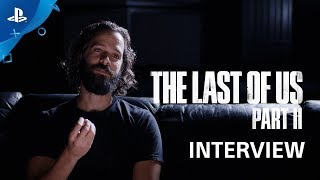